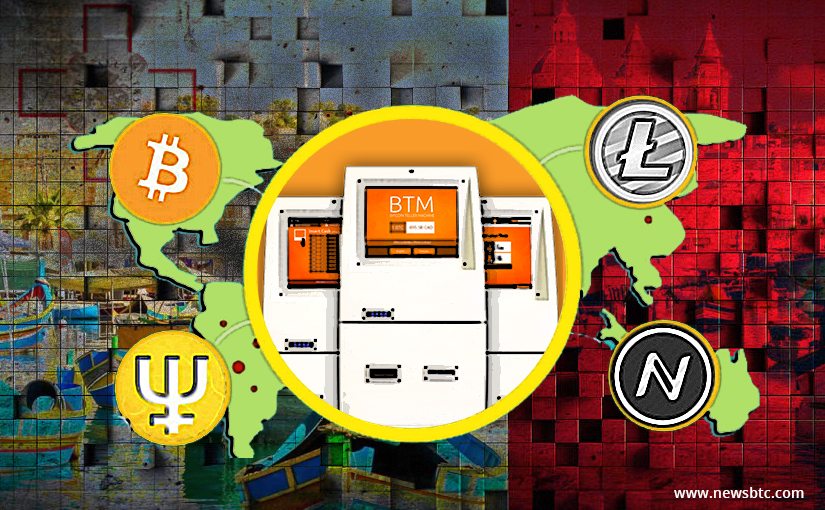 Next Article: Poloniex Will not Provide Support for Any Potential Bitcoin Forks

Bitcoin ATMs have always been an interesting concept. These machines are designed to bridge the gap between traditional finance and cryptocurrency. Purchasing Bitcoin from an ATM is rather convenient, despite coming at a steep price. Up until this point, there was no Bitcoin ATM in Malta, which was somewhat surprising. That situation has now changed, as Sliema is now home to such a device.

Installing the first Bitcoin ATM in Malta was long overdue. Cryptocurrency is gaining in popularity in this particular part of Europe. That is not entirely surprising, considering it is the new form of money. Moreover, it allows users to remain in full control of their finances at all times. Despite some wild price swings, Malta is slowly warming up to Bitcoin and cryptocurrency. Especially now that Bitcoin is trading well above 2,000 Euro.

Malta Finally has a Bitcoin ATM

One local entrepreneur sees this as an opportunity to experiment with a Bitcoin ATM. The device provides a convenient way to buy Bitcoin with fiat currency. It is a more pleasant experience compared to using an exchange platform and bank transfers, that much is evident. On the other hand, the ATM charges an 8% fee per transaction, which is somewhat of a normal rate. It is interesting to see how the device also lists various credit cards, yet only supports cash by the look of things.

It is rather interesting to see an individual be the first to install a Bitcoin ATM in Malta. One local startup as raising funds for this specific purpose not too long ago. Then again, the entrepreneur already had the device in his possession. It was only a matter of finding a location to install the ATM in question. Right now, it is located outside Venture Trading in the city of Sliema. The question is whether or not many people will use it.

Making Bitcoin purchases more covenant has its merits. If this currency is to be adopted by the masses, ATMs will have their role to play. Not everyone wants to sign up for an exchange and hand over a scan of their passport. Moreover, there is additional privacy when using a Bitcoin ATM compared to signing up for exchanges. An interesting experiment, that much is evident. It will be interesting to see how the Bitcoin situation evolves in Malta over the coming years.