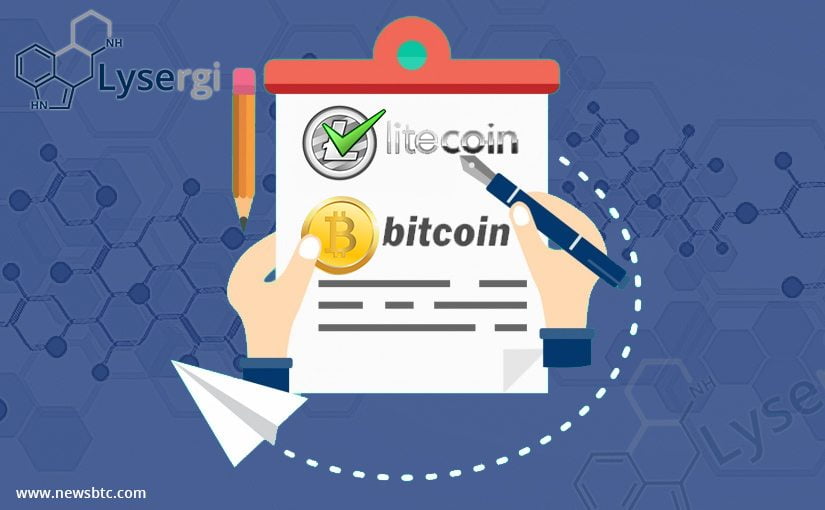 It is evident service providers accepting cryptocurrency payments are in a strange position. Not only is there Bitcoin Cash to worry about, but some companies effectively aim to support Litecoin. Lysergi, a company selling research chemicals and other products, recently introduced Litecoin support. According to the company, LTC provides many advantages over Bitcoin. They feel LTC offers better confirmation times and lower fees.

It is quite interesting to see sites push people toward Litecoin over Bitcoin. While no one denies LTC has seen a good run this year, some arguments make little sense. Litecoin has faster confirmation times, that much is true. On average, a Bitcoin transaction takes 10 minutes for one confirmation. Most companies wait for six confirmations, which takes about an hour. Litecoin is a lot quicker in this regard, which can be an advantage. This problem grows even worse when the network is congested. It seems highly unlikely we will see another spam attack soon, though.

Claiming Litecoin has lower transaction fees is quite interesting. While it is true Bitcoin fees can be rather high, they are pretty low right now. In fact, the mempool is pretty much empty for some time now.  With just over 5,300 unconfirmed transactions, there is nothing to worry about. That number hit around 200,000 a few months ago, just to give people an idea. Still, it is good to see more retailers accept Litecoin payments as well. Even if that retailer is Lysergi, a company most people would not necessarily use all that often.

The email sent out to customers regarding Litecoin acceptance is rather intriguing. The company effectively encourages users to spend LTC over BTC whenever possible. However, the reasons listed above may not necessarily always apply. LTC Allows for quicker transactions, sure, but saving a significant amount of money in fees is not entirely accurate. It is unclear when this message was sent to Lysergi customers, though. It also provides Litecoin users with an additional use case to spend their preferred cryptocurrency.

It is not the first time companies try to switch from Bitcoin to Litecoin. Yours, a well-known project in the cryptocurrency world, has done the same a while ago. The activation of SegWit on the Litecoin network has done wonders for that ecosystem, to say the least. At the same time, there are fewer people owning LTC compared to Bitcoin. Most people even have both currencies, which means Lysergi may not attract new customers per se. Still, the decision is quite intriguing. Rest assured it will cause some discussions among community members.

Tags: bitcoinBitcoin NewsLitecoinLysergi
TweetShare
BitStarz Player Lands $2,459,124 Record Win! Could you be next big winner? Win up to $1,000,000 in One Spin at CryptoSlots