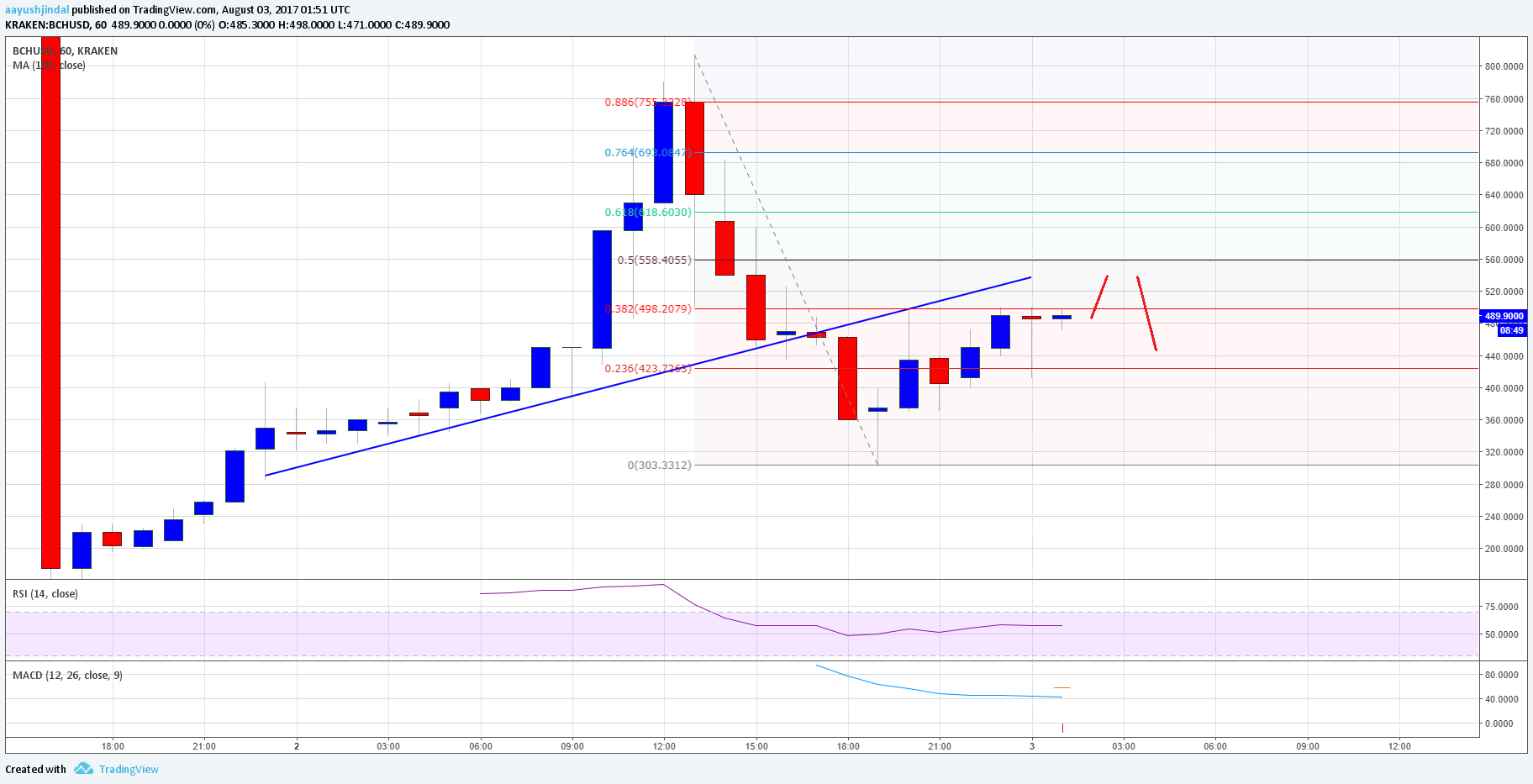 Bitcoin cash price is trading with an impressive bias against the US Dollar. BCH/USD is now set for another upside move in the near term.

Recently, we saw the birth of Bitcoin cash, and its price climbed higher slowly and steady against the US Dollar and Bitcoin. The upside move was such that the price moved past $400, $500 and even $750. A high was formed above $800 before strong offers were presented. Later, the price moved down, and there was a break below the $500 support area.

There was even a break below a major bullish trend line at $460 on the hourly chart of BCH/USD. The pair traded as low as $303.33 where it found support and currently moving higher. It is currently trading near the 38.2% Fib retracement level of the last decline from the $810.00 high to $303.33 low. However, the most important resistance is above $500. Hourly MACD – The MACD for BCH/USD is currently bullish, but not gaining pace.