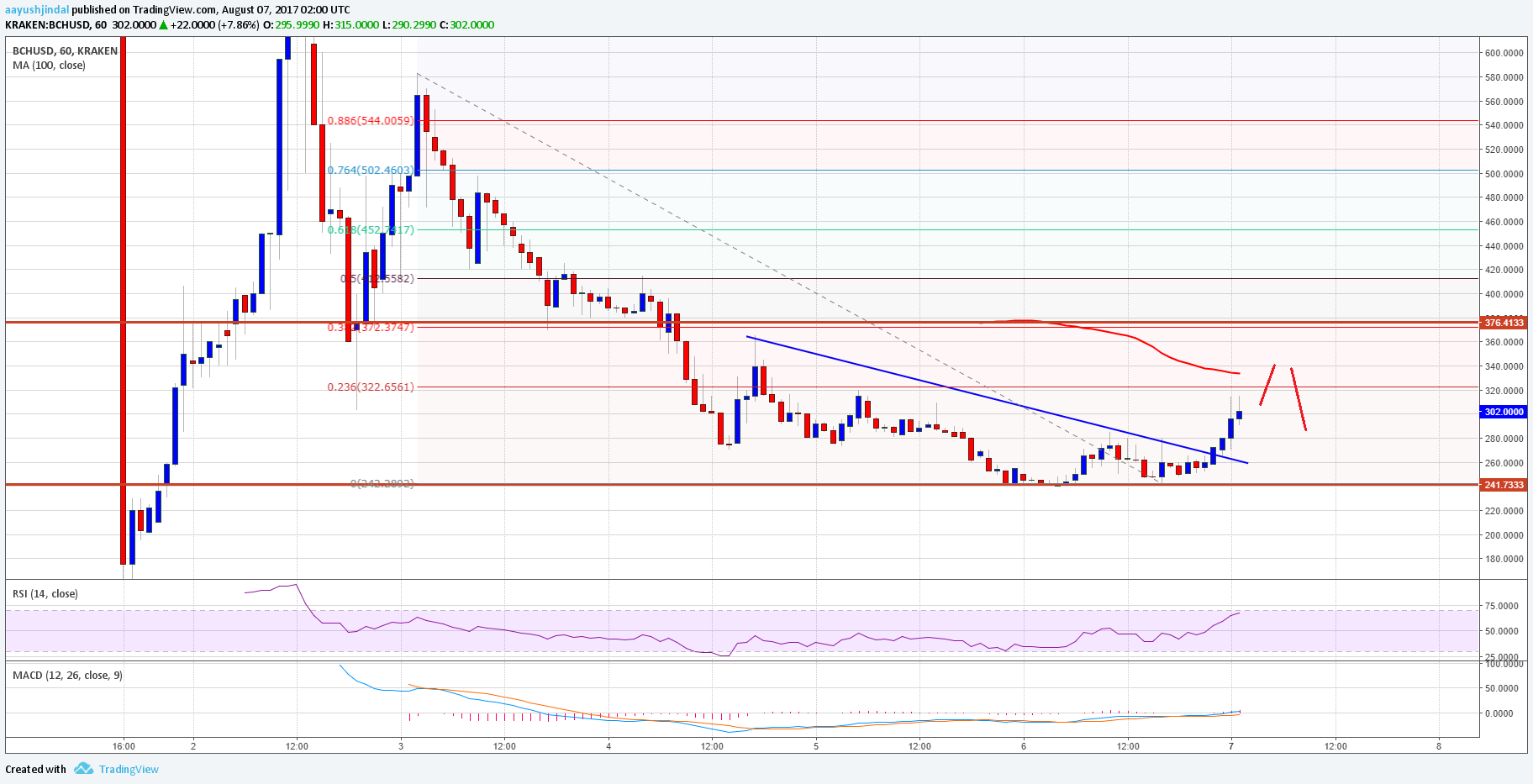 Bitcoin cash price declined heavily recently against the US Dollar. BCH/USD is currently correcting higher, but upsides face resistance near $340-360.

This past week, we saw a solid ride in Bitcoin cash price towards $800 vs the US Dollar before it started declining. The price faced a lot of selling pressure and declined below the $400 level to trade towards $250. The price traded as low as $240 recently where it found support and started an upside move. The price is currently recovering, but upsides remain capped by the $340-360 levels.

During the recent upside, there was a break above a bearish trend line at $260 recently on the hourly chart of BCH/USD. It has opened the doors for more gains and the price is now above the $280 level. An initial resistance is near the 23.6% Fib retracement level of the last decline from the $560 high to $241 low. Above $320, the 100 hourly simple moving average is waiting to act as a hurdle near $340. Hourly MACD – The MACD for BCH/USD is attempting to move from the bearish to bullish zone.

Hourly RSI (Relative Strength Index) – The RSI is currently heading higher and placed above the 50 level.