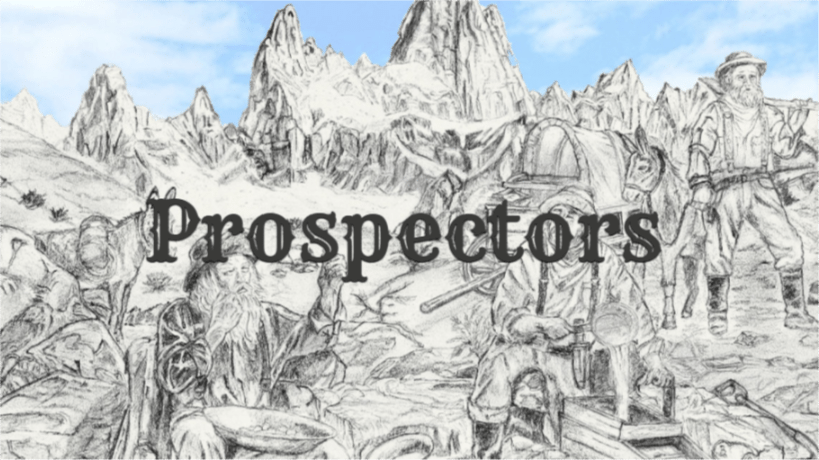 Ever since Bitcoin came into existence, it has managed to bring in some drastic changes to the global economy. The cryptocurrency’s underlying technology has also gained a lot of adoption, across industry segments. While most of these are serious commercial applications, Prospectors has come up with an entertaining yet educative platform powered by blockchain.

Prospectors is a blockchain-based Massive Multiplayer Online Real Time Economic Strategy Game that presents an alternative reality with in-game monetization. While many online games have made use of various historical incidents as an inspiration, none of them had so far utilized the actual economic models that have been at play in the late 19th and early 20th century. Prospector has kept the economic strategy game as close to the actual conditions at that time by conducting extensive research into the history under the guidance of experts.

The Prospectors game also presents great prospects to the players as they get to earn real money by converting the “gold” they earn while playing the game. The game platform is powered by Gold (PGL) cryptotokens, which represent the actual estimated quantity of gold available on earth. The maximum PGL token cap is set at 220 million, which will be sent to the “Fund of New Lots” — a fund to store the gold that is hidden in the game ecosystem. Out of the entire “fund”, 33 percent of the gold will be randomly distributed across the game by its servers.

The gameplay makes use of DAO to represent a state, governing the game economy and player activities just like the way government’s monitor and taxes the citizens. Players can make use of multiple game assets, either by themselves or by combining forces with others to mine gold within the game. In order to do that, they will have to pay a small fee (similar to taxes) to the state (DAO). The stakeholders on the platform form a council and they will be responsible for governance and budget through decentralized voting.

To fund the development, Prospectors is organizing an ICO of PGL (Prospectors Gold Token), starting August 10, 2017. Through the month-long crowdsale, the platform intends to raise a minimum of 2000 ETH and a maximum of 29000 ETH. Players and investors can contribute towards the game by purchasing PGL tokens against Ethereum contribution. More info about the game and the ICO is available on the Prospectors’ website.

Tags: blockchaingameMMORPGprospectors
TweetShare
BitStarz Player Lands $2,459,124 Record Win! Could you be next big winner? Win up to $1,000,000 in One Spin at CryptoSlots