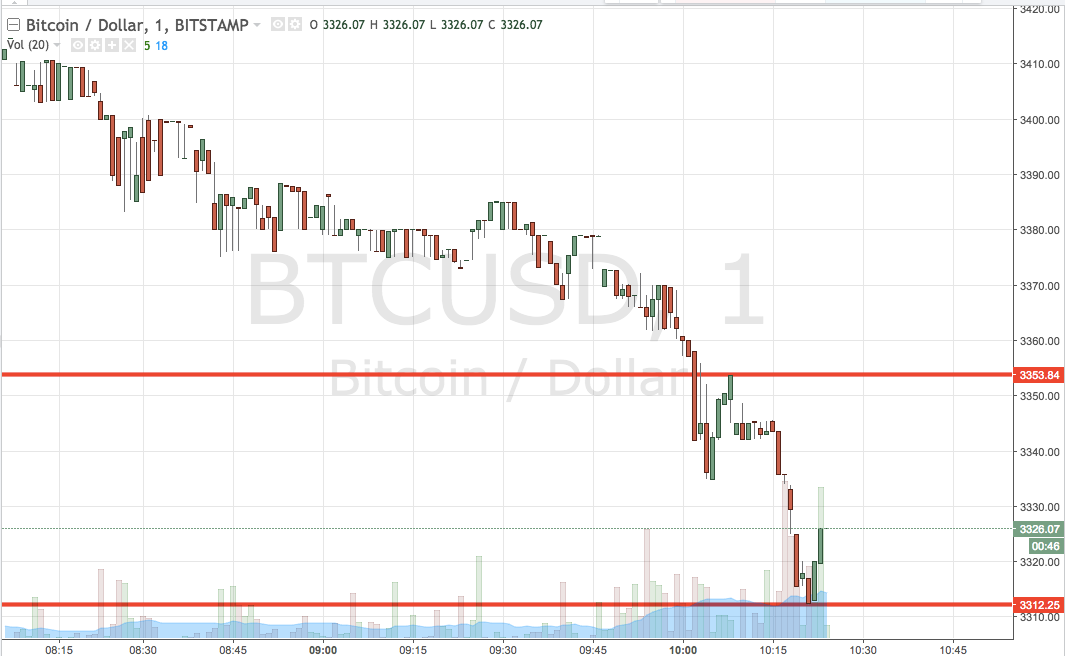 So we are midway through what has been a pretty big week in the bitcoin price so far. Things really got moving towards the end of last week and over the weekend and – as we moved into the early week this week – it looked as though things might settle, or at least correct, temporarily. We have seen some degree of corrective action, but nowhere near enough to negate the impressive action that we saw throughout the latter two weeks, and we’re almost certain to be heading into the close of this week on a high.

We can’t take anything for granted, of course. There’s still a chance that things could correct further and we don’t want to get caught on the wrong side of the markets in a losing position that eats away at the gains we’ve seen of late. With this noted, then, we’ve got to keep our risk nice and tight on any open positions and make sure we aren’t overly ambitious in our upside efforts.

So, here goes. Let’s get some levels sorted that we can carry into the session going forward. Here’s what we’re looking at and where we’re expecting to jump in and out of the markets as and when price moves. It’s a one-minute candlestick chart and it’s got our key range overlaid in red. As the chart shows, then, the range we are looking at for the session today is defined by support to the downside at 3312 and resistance to the upside at 3353. If we see price break above resistance, we’ll look out for a close above that level to get us in long towards 3380. Conversely, a close below support will have us in short towards 3290. A stop loss on both positions just the other side of the entry in question will ensure we are taken out of the trades in the event of a bias reversal.