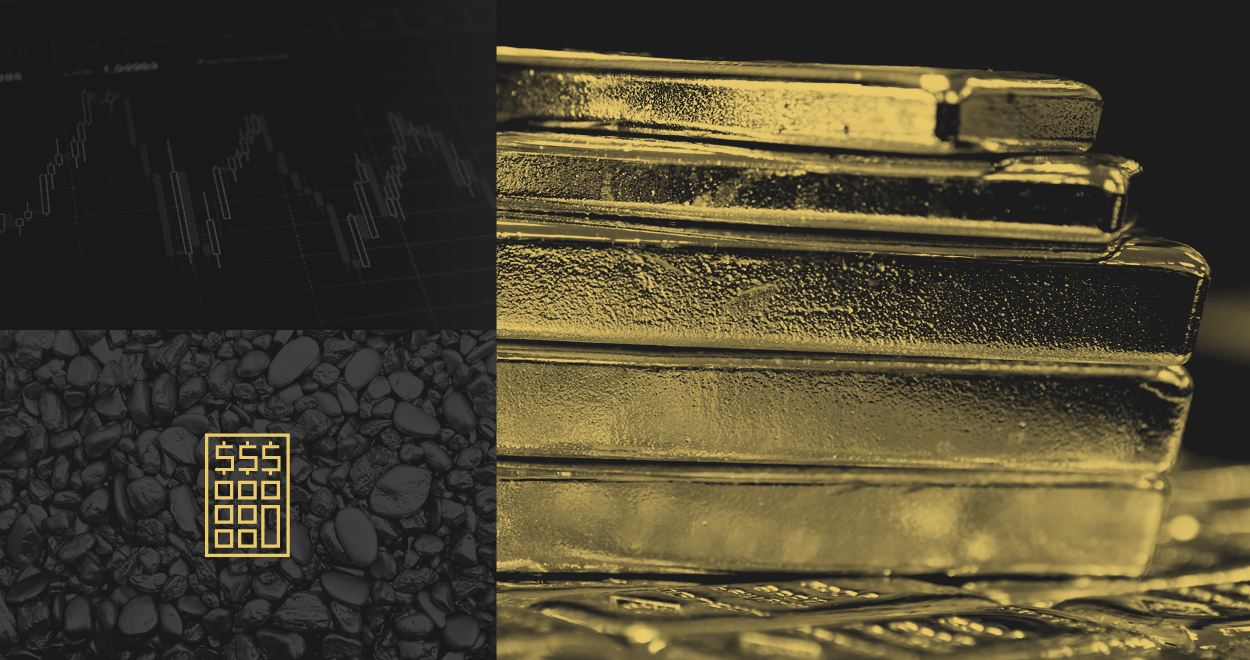 Cryptocurrencies, especially Bitcoin has gained the distinction of being called “digital gold”. The label, befitting the virtual currency is drawn following its comparison with the yellow metal which has remained as a store of value and medium of exchange for centuries.

However, there has always been apprehensions about the value of Bitcoin and virtual currencies as they are not backed by any government, financial institution or a traditional commodity. But with increasing applications of blockchain technology and smart contracts, things have changed. GoldMint is leveraging the benefits offered by distributed ledger technology to create “actual” gold-backed cryptoassets.

GoldMint has befittingly named the platform’s cryptotoken “GOLD”. The value of each GOLD token is equal to that of an ounce of gold, which the company maintains in its reserve. The gold reserve managed by GoldMint is either in the form of actual gold or gold backed exchange traded funds.

By creating cryptoassets that are backed by real value, GoldMint makes it easier for individuals to invest in the precious metal and trade it online. At the same time, the backing of “real value” limits the volatility of GOLD cryptoasset to that of the actual gold market, which is quite stable compared to cryptocurrencies like Bitcoin, which are quite volatile. Also, this very feature makes it ideal for the community to hedge their cryptocurrencies against GOLD tokens to protect themselves from volatile market conditions.

Meanwhile, the value of gold as a commodity by itself has been showing a positive trend for over a century. Despite small ups and downs, gold has been resolute, maintaining a far higher value than expected. Except for a minor setback in the 1970s after the United States completely got rid of the gold standard, the value of gold has continued to maintain significant stability.

Over a period of one century, the gold price has increased from around $465 to over $2000. In the recent days, the value of gold has been around $1400 to $1500. In terms of adoption, a huge number of people are investing in gold, and they are spread across the globe. By offering all the goodness of gold, in a much more convenient package, GoldMint presents itself as an attractive investment option for traditional as well as cryptocurrency investors.

In order to make GOLD tokens and its entire ecosystem available to the community, GoldMint is taking an ICO approach. The platform will announce the details of its ICO by August 20, 2017, providing an option for investors and cryptocurrency community members to become part of this revolutionary initiative.

GoldMint, in an effort to create a balanced ecosystem, has announced Custody Bot — a storage facility of sorts, which is connected to the GoldMint blockchain. It can be used to hold gold jewelry, coins or bullion over a period of time. Fitted with a spectrometer and weight system, Custody Bot verifies the authenticity of deposits and holds on to the articles until they are retrieved. The platform comes with a built-in transfer mechanism as well. The entire movement of gold through the Custody Bot system will be recorded permanently on the blockchain.

GoldMint has features available for everyone, starting from private individual investors to institutional investors. Its superior technology combined with the value backed by actual gold makes GoldMint an ideal investment platform.

Tags: blockchainblockchain technologyGoldMintICO
TweetShare
BitStarz Player Lands $2,459,124 Record Win! Could you be next big winner? Win up to $1,000,000 in One Spin at CryptoSlots