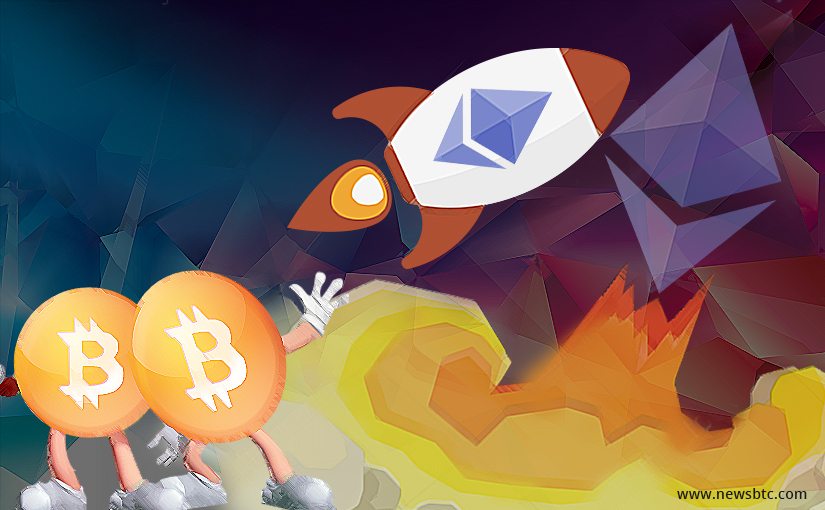 A lot of people are keeping an eye on Bitcoin these days, for obvious reasons. However, it is not the only major cryptocurrency on people’s radar. Ethereum is also showing a lot of positive signs these days. In fact, the popular altcoin has set a new transaction record. It certainly makes Bitcoin’s network throughput pale in comparison. Over 400,000 transactions were sent over the Ethereum blockchain, which is quite significant.

To put this into perspective, the Bitcoin blockchain can handle a lot of transactions. At its peak, the network successfully handled 360,000 transfers, which is quite good. It is next to nothing compared to traditional solutions such as credit card processors, though. With SegWit activating on the network soon, that number will most certainly increase. In fact, we may see Bitcoin surpass 500,000 transactions on a single day, if not more.

Until that happens, Ethereum holds the record for most transactions on a public blockchain. Earlier this week, over 400,000 transfers have been recorded in 24 hours. That is a new record for any cryptocurrency to date. This is not funds being moved to exchanges to crash the price either. Then again, the Ether price has started to recover on its own prior to this new record. It is interesting to see the Ethereum blockchain outperform Bitcoin, though. After all, Ethereum has plenty of network issues in its own way these days.

Without any significant impact on the price, this transaction record becomes even more impressive.Most people would assume this transaction volume revolves around people moving funds to exchanges. That is not the case right now. However, very few people are using Ethereum as a way to buy goods or services either. It is an intriguing development, which leaves lots of room for speculation. Moreover, Ethereum has some protocol upgrades in the pipelines as well. Competing with Bitcoin in this regard will be an interesting race, to say the least.

Do keep in mind this is nothing more but a one-off for the time being. Ethereum often sees fewer transactions than Bitcoin every single day. However, a little competition has never done anyone any harm. With both protocols undergoing some changes in the future, we are heading toward an exciting competition. Bitcoin and Ethereum are entirely different projects, though. Their individual transaction record doesn’t apply to similar use cases by any means. Then again, it is a competition of blockchains, so to speak.

Tags: bitcoinBitcoin NewsblockchainEtheruemtransaction
TweetShare
BitStarz Player Lands $2,459,124 Record Win! Could you be next big winner? Win up to $1,000,000 in One Spin at CryptoSlots