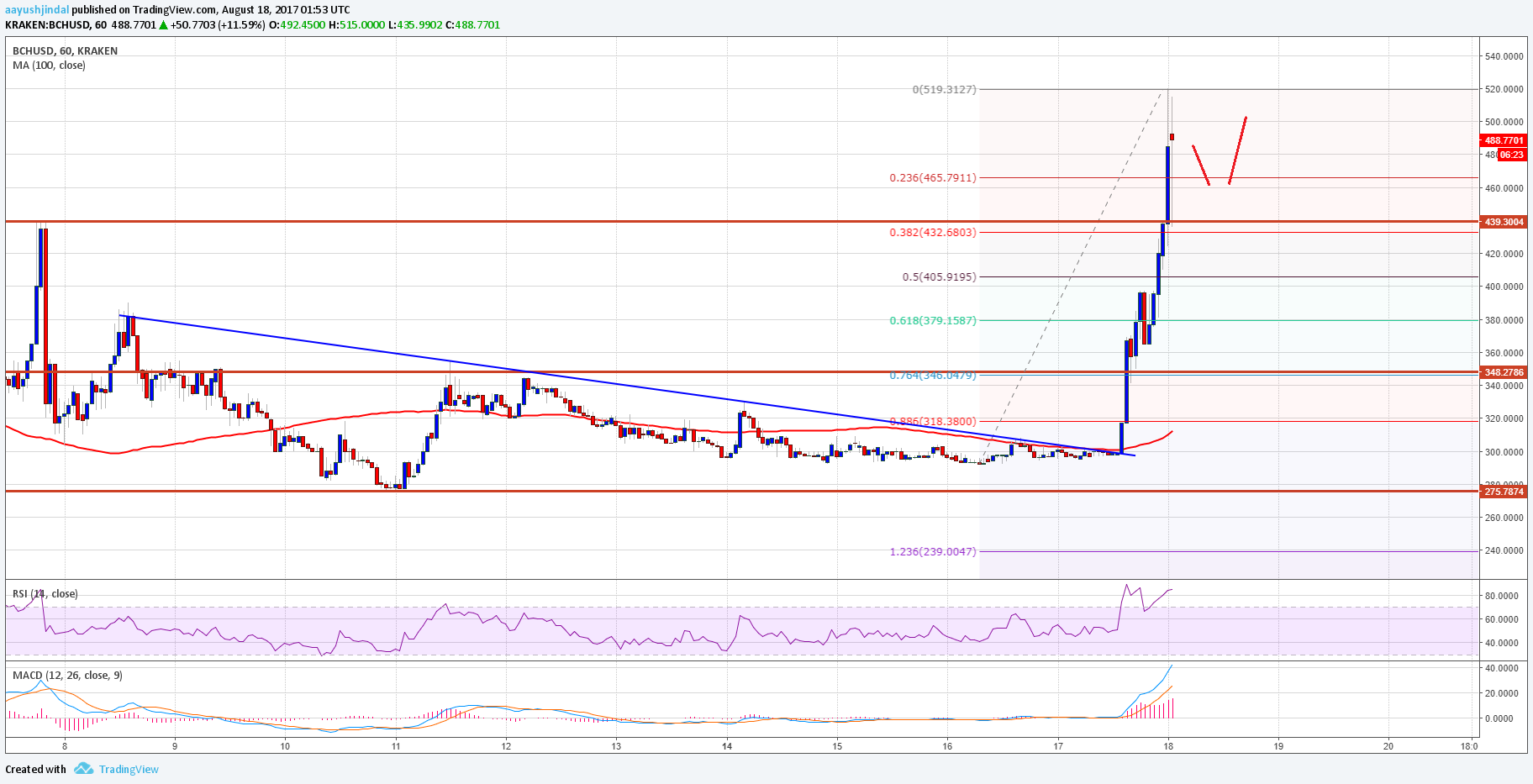 Bitcoin cash price surged higher by more than $200 against the US Dollar. BCH/USD is currently trading below $500 and remains buy on dips.

During the past few days, we saw a consolidation below the $300 level in Bitcoin cash price against the US Dollar. The price after consolidating for a long time gained heavy bids and made a solid upside move above $300. During the upside move, it broke many hurdles like $350 and $400. Yesterday’s highlighted major descending channel pattern with resistance at $301 on the hourly chart of BCH/USD was breached.

The most important break was above a crucial bearish trend line at $300 on the same chart. It cleared the bearish bias and set the path for more gains above $400. The price made a solid uptrend and traded higher by more than $200. A high was formed at $519.31 where sellers appeared. It seems like there is a slight correction possible towards $460-450 in the near term. Hourly MACD – The MACD for BCH/USD moved sharply in the bullish zone.