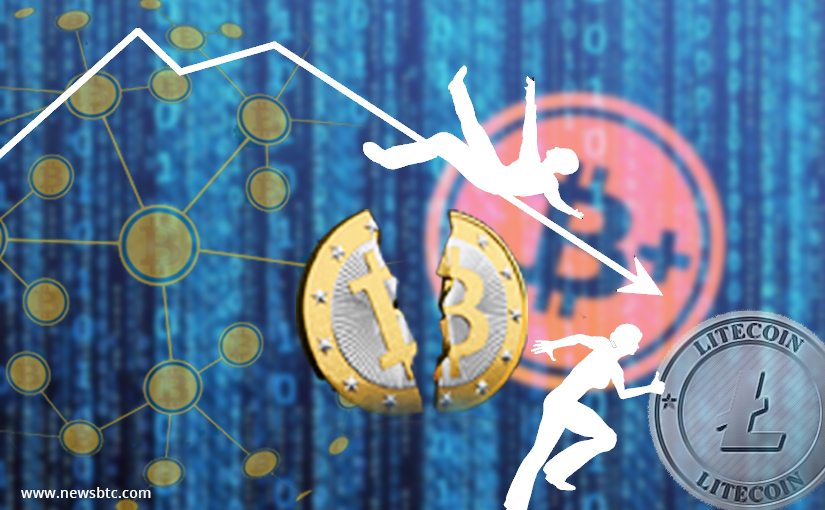 The recent Bitcoin Cash price surge and retrace have all the signs of a pump-and-dump scheme. With the trading volume slowly drying up, things aren’t looking good for BCH. Moreover, the price keeps going down due to many coins flooding the market. If this altcoin can’t hold a stable price, investors may look for other opportunities. According to Tuur Demeester, money can easily flow into Litecoin due to it being a better hedge. An interesting concept, although no one knows for sure how the markets will evolve.

No one can deny things aren’t looking hot for Bitcoin Cash right now. With the price declining steadily these past few days, there is some panic. Additionally, there are a lot of new coins mined every single hour. The low mining difficulty allows pools to virtually flood the market with BCH if they want to. It is expected this issue will be resolved during the next adjustment, though. For now, the Bitcoin Cash is taking a beating and things may not improve anytime soon.

According to Tuur Demeester, this was all part of a major Bitcoin Cash pump. More specifically, the Korean Bithumb exchange drove up the price quite a bit a few days ago. Now that its volume is shifting to Ethereum and other currencies, BCH is crashing. If this momentum can’t be maintained, investors will likely cash out and move to other currencies. Tour Demeester feels the money could go to Litecoin, as it has better hedging capabilities. That is a rather intriguing statement, although it makes a lot of sense as well.

Here's how I see the possibility in $LTC (no guarantees of course). pic.twitter.com/L9lUrlhWeh

To put this into perspective, Demeester sees Litecoin as a real Bitcoin hedge. Litecoin has SegWit and can easily incorporate other technologies before they come to Bitcoin. The Lightning Network is one example. This doesn’t mean Litecoin is a test bed for Bitcoin developers, though. It does provide a real-world test example, before porting this technology to Bitcoin. Due to this status, Demeester thinks investors may cash out BCH in favor of LTC if prices get too low. It will be interesting to see if that will be the case or not.

At the time of writing, it appears Bitcoin Cash is going through another pump cycle. The price is picking up once again, thanks to the Korean exchanges. Rest assured there is still a lot of negative momentum in the market, though. At the same time, the Bitcoin price has lost a lot of its momentum over the past few hours. Cryptocurrency markets are always evolving, yet no one knows in which direction they will head. A lot of people will keep a close eye on the charts today, for obvious reasons.

Tags: Bitcoin CashLitecoinTuur Demeester
TweetShare
BitStarz Player Lands $2,459,124 Record Win! Could you be next big winner? Win up to $1,000,000 in One Spin at CryptoSlots