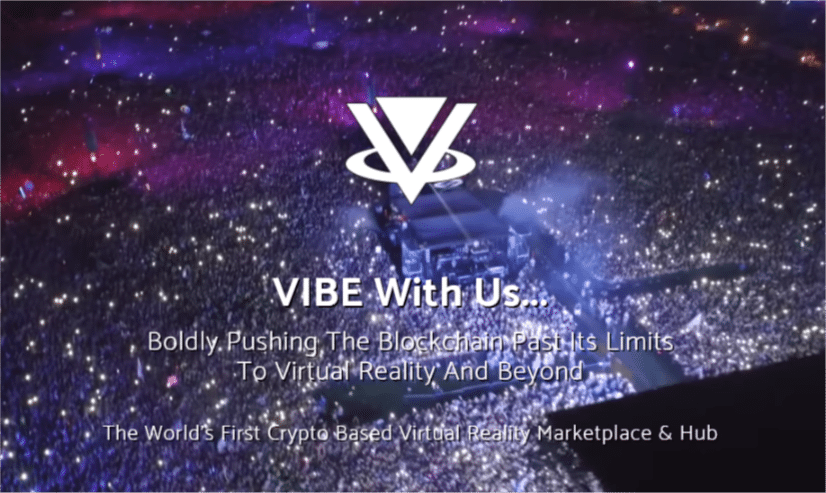 Blockchain, the underlying technology supporting Bitcoin network has grown beyond everyone’s imagination. The technology has gained widespread adoption across industries and the limits of which is being pushed further by the likes of VIBEHub. The platform is implementing the blockchain technology in Virtual Reality, by creating the world’s first decentralized marketplace and hub.

Virtual Reality and Augmented Reality is gaining a lot of attention, mainly for their potential to change the entire user experience and product presentation on almost any platform that requires customer interaction. The new-age visual technology is being widely implemented in the entertainment, e-commerce, education and a variety of other segments.

VIBEHub, through its efforts, is blending cryptocurrency technology with VR/AR technology to create a virtual universe with no boundaries. By doing so, the company is laying the groundwork to usher in the new technology revolution which has an estimated market value of at least $162 billion by 2020.

The VIBEHub platform including VR/AR marketplace is powered by Vibe coin, an ERC20 complaint token on Ethereum protocol. With the Pre-ICO going on, the platform has already set up a marketplace for music creators as a proof of concept. Soon after, VIBEHub will be introducing a Virtual Reality version of the platform.

In spite of using blockchain technology, the VIBEHub platform takes a user-friendly approach, which makes it easier even for non-crypto users to start using it. It will be compatible with all leading AR, VR and mixed reality technologies like Unity Engine, SteamVR SDK, Oculus SDK, Microsoft HoloLens SDK and Sony PSVR SDK. With such cross-compatibility, VIBEHub is on its way to becoming the universal marketplace for all high tech visual needs.

The on-going pre-token sale gives a limited time opportunity for investors and cryptocurrency enthusiasts to become part of the VIBEHub initiative. The first leg of crowdsale is set to end in the next four days, on August 21, 2017. Those investing in the tokens during this time stand to get a 30% discount. Following the end of the Pre-token sale, the platform will launch its main ICO round, starting August 22, 2017, until September 12, 2017.

More info about the VIBEHub crowdsale, along with a detailed roadmap is available on the official website.