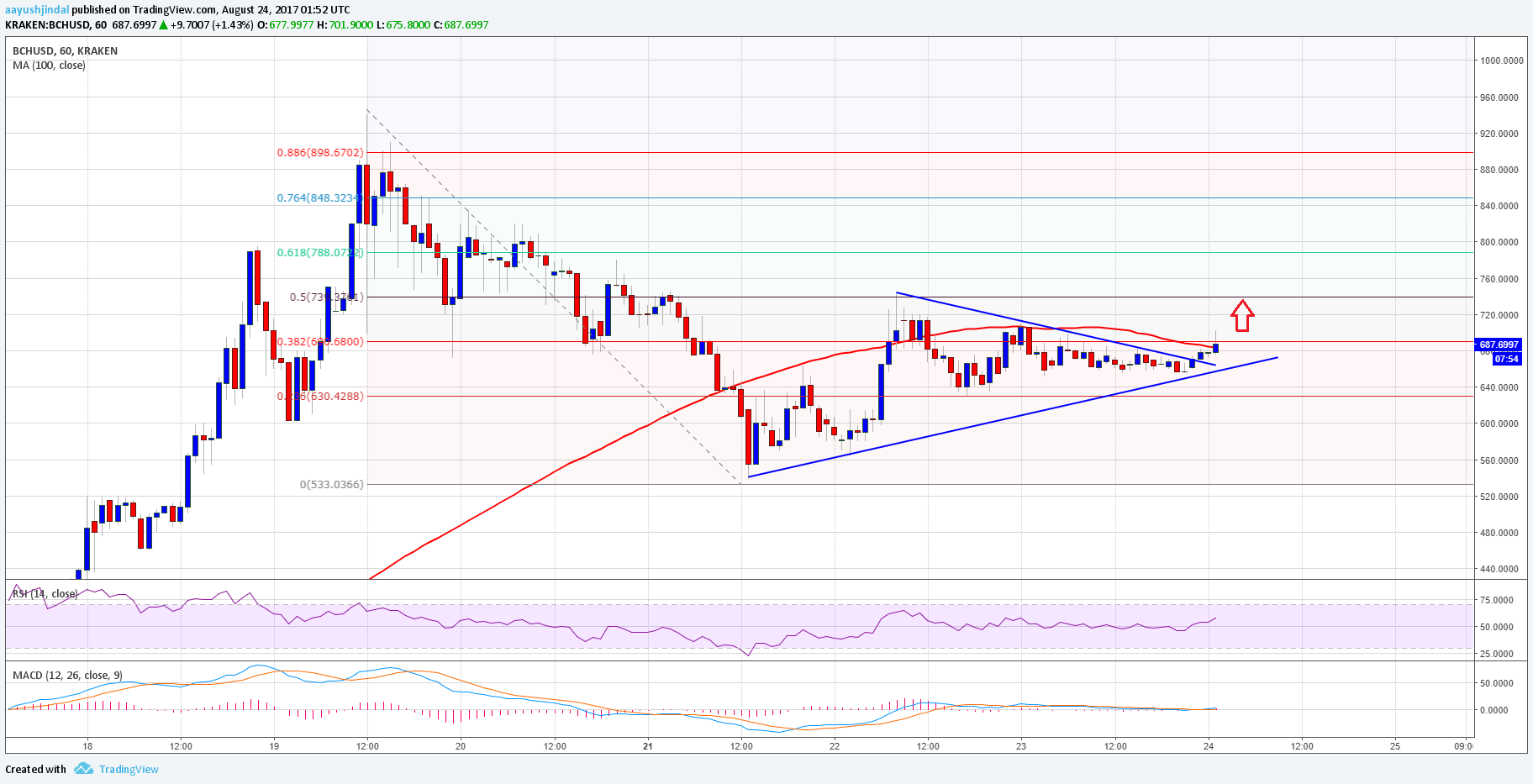 Bitcoin cash price is slowly moving above $600 against the US Dollar. BCH/USD might continue to trade higher and could challenge the $750 level.

There was a slight bounce in Bitcoin cash price from the $630 support against the US Dollar. The price is slowly moved higher and traded above the $650 level and the 100 hourly simple moving average. It is a positive sign considering the fact that the price is now well above the 23.6% Fib retracement level of the last decline from the $945 high to $535 low. However, it has to break a major resistance near $750 for more gains.

Recently, there was a break above a contracting triangle with resistance near $660 on the hourly chart of BCH/USD. It is another positive sign, but the price is lagging momentum above $700. On the upside, the 50% Fib retracement level of the last decline from the $945 high to $535 low at $735 is a major hurdle. It already protected upsides once and might defend gains again around $730. On the downside, the triangle support trend line at $660 is a decent support. Hourly RSI (Relative Strength Index) – The RSI is placed just around the 50 level with neutral signs.