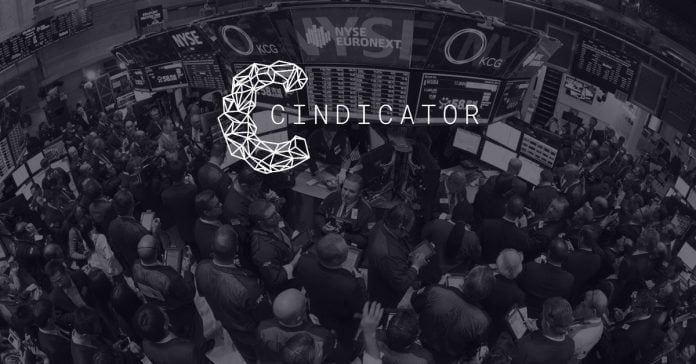 Artificial Intelligence has always been treated as a game changer in financial forecasting. Many leading banks today rely on AI-based algorithms to predict the performance of an asset — even market as a whole. But up until now, AI technologies are mostly proprietary which benefit only the big firms. It is mostly inaccessible to the general public.

Cindicator appears to change that. The financial forecasting project is launched with an aim to bring new and innovative methods to reduce investment risks and increase trading profitabilities. It offers “Hybrid Intelligence” as a key solution to this approach. With Hybrid Intelligence, Cindicator means to deliver a combination of human and artificial intelligence.

The possibilities of such a proposal are far-reaching, for the platform will be able to form a viable interaction between humans and machine language. The result could be great, as the limitations of both humans and machines can be overcome by their assistance to one another.

AI will help the platform take logical decisions instead of emotional decisions, while human intelligence will inject intuitiveness. Both of them together will form a collective intelligence force, which will enable hedge funds and institutional investors to receive more accurate market forecasts. Cindicator will also support forecasting in other areas, including art, technology, politics, and even sports.

Cindicator truly wants to belong to the people, not big corporations. The project has already raised a whopping $500,000 in seed investment and now announces the token sale of its CND tokens, which will start on September 12, 2017. The new funding round is aimed at raising $15 million worth of capital for the development of a “decentralized” Hybrid Intelligence platform, as well as a new business model.

According to Cindicator, the holders of CND tokens will be able to access many of the platform’s key features. They include market indices and sentiments that are generated by the hybrid intelligence, indicators for traditional and crypto-markets, auxiliary service products for trading, and various analytical products.

CND tokens will also be used to monetize contributors who make accurate forecasts on the platform, the project’s team mentioned in their latest interaction with NewsBTC.

“Cindicator has compiled a proven track record in market analysis. It took part in the first batch of the Moscow Exchange FinTech incubator from November 2016 through March 2017, and Cindicator finished that trial by being ranked as the top-performing startup. Beginning in January 2017, the Cindicator project has performed test integrations with 11 hedge funds and 3 banks.”

People will be able to purchase the CND tokens as soon as the calendar hits September 12. The ICO will continue until October 12 and will allow participation via BTC and ETH tokens.

From the look of it, CND token will hold a greater value for Cindicator’s credibility as a reliable asset management company, and also for its efforts in developing the world’s first decentralized hybrid intelligence framework.