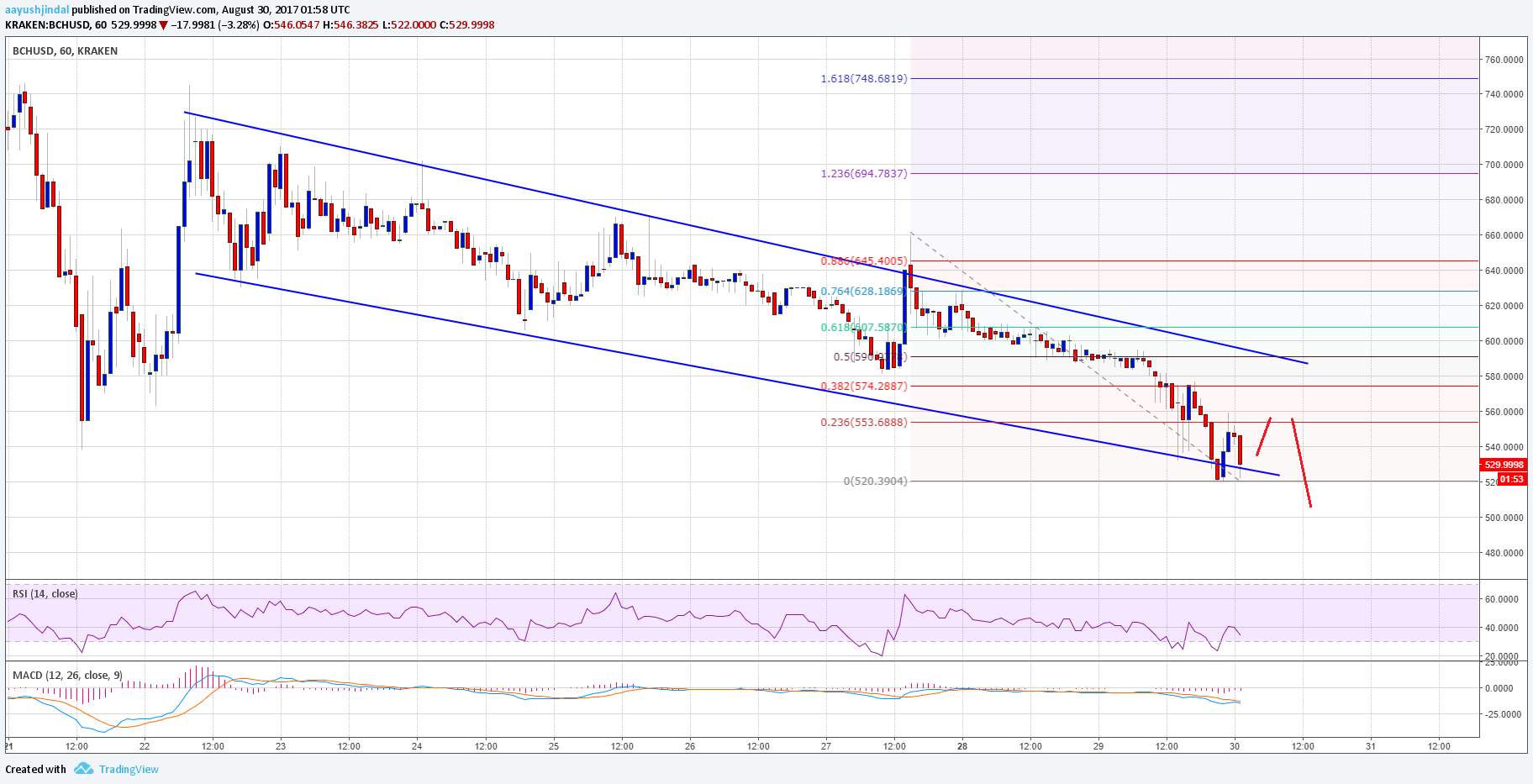 Bitcoin cash price failed to recover above the $600 level against the US Dollar. BCH/USD is now at risk of more declines towards the $500 handle.

This week seems to be a bearish one for Bitcoin cash price as it moved below $650 and $600 against the US Dollar. The price is in a declining path and recently traded below the $550 level. A new weekly low was formed near $520.39 from where the price is attempting a recovery. An initial hurdle on the upside sits around the 23.6% Fib retracement level of the last drop from the $660 high to $520 low.

However, a recover won’t be easy as there are many hurdles on the upside near $600 and $620. Most importantly, this week’s highlighted a descending channel pattern with resistance near $600 on the hourly chart of BCH/USD is a major barrier. The channel is acting as a bearish bias medium for the price below $650. As long as the price is below the channel resistance at $600, it may continue to decline. The channel resistance is now near the 50% Fib retracement level of the last drop from the $660 high to $520 low. Therefore, the $600 level could prove to be a crucial resistance in the near term.

Hourly MACD – The MACD for BCH/USD is moving nicely in the bearish zone.

Hourly RSI (Relative Strength Index) – The RSI is well below the 50 level and struggling to move higher.