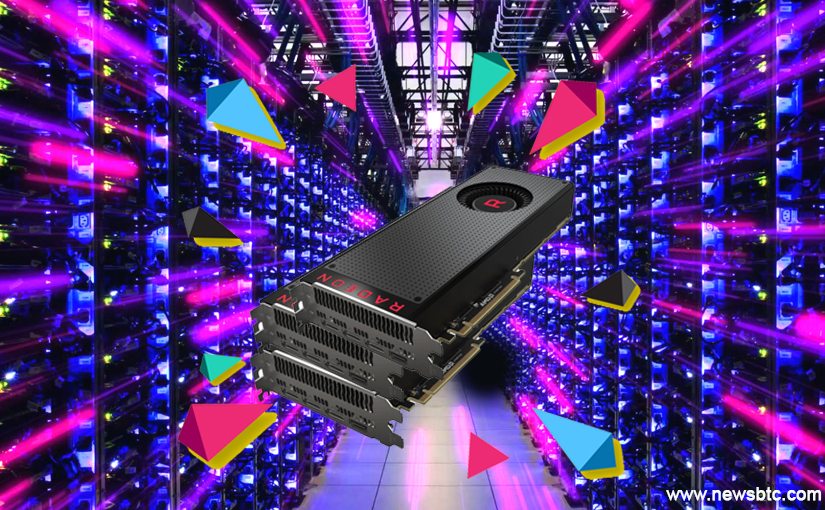 Graphics cards are of great interest to cryptocurrency miners. Albeit they don’t use this hardware to mine Bitcoin, GPUs still have their place. Especially when it comes to mining some of the popular altcoins, there is no other option. Monero, Ethereum, and ZCash are just some of the currencies people mine with AMD GPUs these days. The company recently unveiled their new card, called the Vega 56. The cards sold out everywhere pretty quickly. It appears a lot of cryptocurrency miners have been waiting to purchase this new card and maximize their revenue.

It isn’t entirely surprising to see this massive demand for the Vega 56. Any new GPU released by AMD will be of great interest to cryptocurrency miners. After all, a new card often means generating slightly more cryptocurrency. It can also reduce electricity costs due to the GPUs have become more power-efficient. The Vega 56 is widely considered to be the top-of-the-line cryptocurrency mining GPU. That isn’t good news for gamers and other PC enthusiasts, though. With the cards selling out quickly, it is evident miners have bought up most of the stock again.

Vega 56 GPU is Impossible to Come by Right now

In fact, it only took minutes before all US stock to be cleared out. Multiple retailers, including Amazon, saw a huge demand for these units. After five minutes, it was virtually impossible to find a Vega 56 in stock anywhere. Given the recent explosion of cryptocurrency mining on a global scale, that isn’t too surprising. It does cause problems for other people, though. It also appears there are some manufacturing issues as far as the Vega 56 goes. That means the new stock may be coming in a lot later than people would like it to.

Cryptocurrency miners have been targeting AMD cards for some time now. Although the latest NVIDIA cards are quite competitive, AMD GPUs are usually cheaper. The Vega56 is not necessarily all that cheap, but it’s far more powerful than predecessors. For the time being, it is unclear when new stock will arrive. Given the rumored manufacturing issues, this can take weeks, if not months, to happen. Every cryptocurrency miner who got their card ordered won’t lose any sleep over this fact, though.

The Vega 56 line is not the only model selling out quickly. Any decent cryptocurrency mining-capable GPU is hard to come by these days. Miners often have to order cards quickly and mine cryptocurrency until the rest of the network catches up. By that time, early buyers will look to resell their new cards and pre-order the next generation. It is a very tough balancing act to mine cryptocurrency with GPUs, to say the least. Luckily, these cards can be sold as second-hand with relative ease. An interesting industry to keep an eye on, that much is certain.

Tags: AMDBitcoin NewsGPUminingVega 56
TweetShare
BitStarz Player Lands $2,459,124 Record Win! Could you be next big winner? Win up to $1,000,000 in One Spin at CryptoSlots