F2Pool is the First Mining Pool to Back out ofSupport SegWit2x 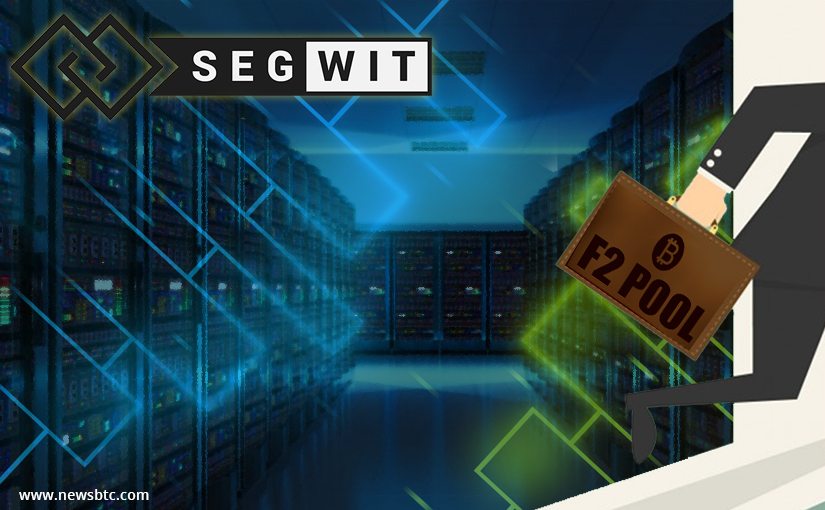 The SegWit2x Bitcoin scaling proposal has always gotten a lot of attention. That is not necessarily for the right reasons, mind you. A lot of people still oppose this concept first and foremost. It now turns out F2Pool is the first mining pool to officially back out from supporting this solution. An unsurprising turn of events, really, as it seems pool operator Wang Chun never supported the hard fork in the first place. It is expected other mining pools will drop support for this solution in the near future as well.

When mining pool operators don’t see eye to eye with developers, things don’t look great. More specifically, the SegWit2x proposal isn’t received all that well. With Bitcoin Cash introducing bigger blocks and SegWit activating on the main net, there is seemingly no reason for SegWit2x.  Now that F2Pool is backing out of supporting this concept, a snowball effect may be created. A lot of mining pools signaled intent to support SegWit2x moving forward. However, intent to support and actual support are two very different things.

In reality, there is no real reason to use SegWit2x whatsoever. SegWit on the main net will provide enough scaling for the time being. Increasing the block size artificially on top of that serves no real purpose right now. People who prefer bigger block sizes can easily switch over to Bitcoin Cash. By the time November comes around, F2Pool may not be the only pool to no longer support SegWit2x. It remains to be seen if things will evolve in that direction, though.  Most supporters still remain in place, for the time being.

Moreover, it remains to be seen how the SegWit2x community responds to this change of heart. It’s not unlikely we will see an attack against either the pool or the main Bitcoin ecosystem by flooding the network. Every time decisions like these occur, there appear to be plenty of spam transactions. Whether or not history will repeat itself, remains to be determined. It is evident some people won’t take kindly to this development, though. Then again, we can only commend F2Pool for publicly stating their intentions in this regard.

Another Bitcoin hard fork can have big consequences for the network, though. It is possible SegWit2x will cause a third Bitcoin blockchain to be created. The economic majority has no intention of supporting this proposal by any means. Mining pools do, however, which can reduce the actual Bitcoin hashrate quite a bit if a split occurs. November 2017 will be a very interesting month for Bitcoin altogether. No one knows what the consequences will be. However, there will be a few big shake-ups along the way, that much is guaranteed.

Tags: Bitcoin NewsF2poolMining poolscalingSegWit2x
TweetShare
BitStarz Player Lands $2,459,124 Record Win! Could you be next big winner? Win up to $1,000,000 in One Spin at CryptoSlots