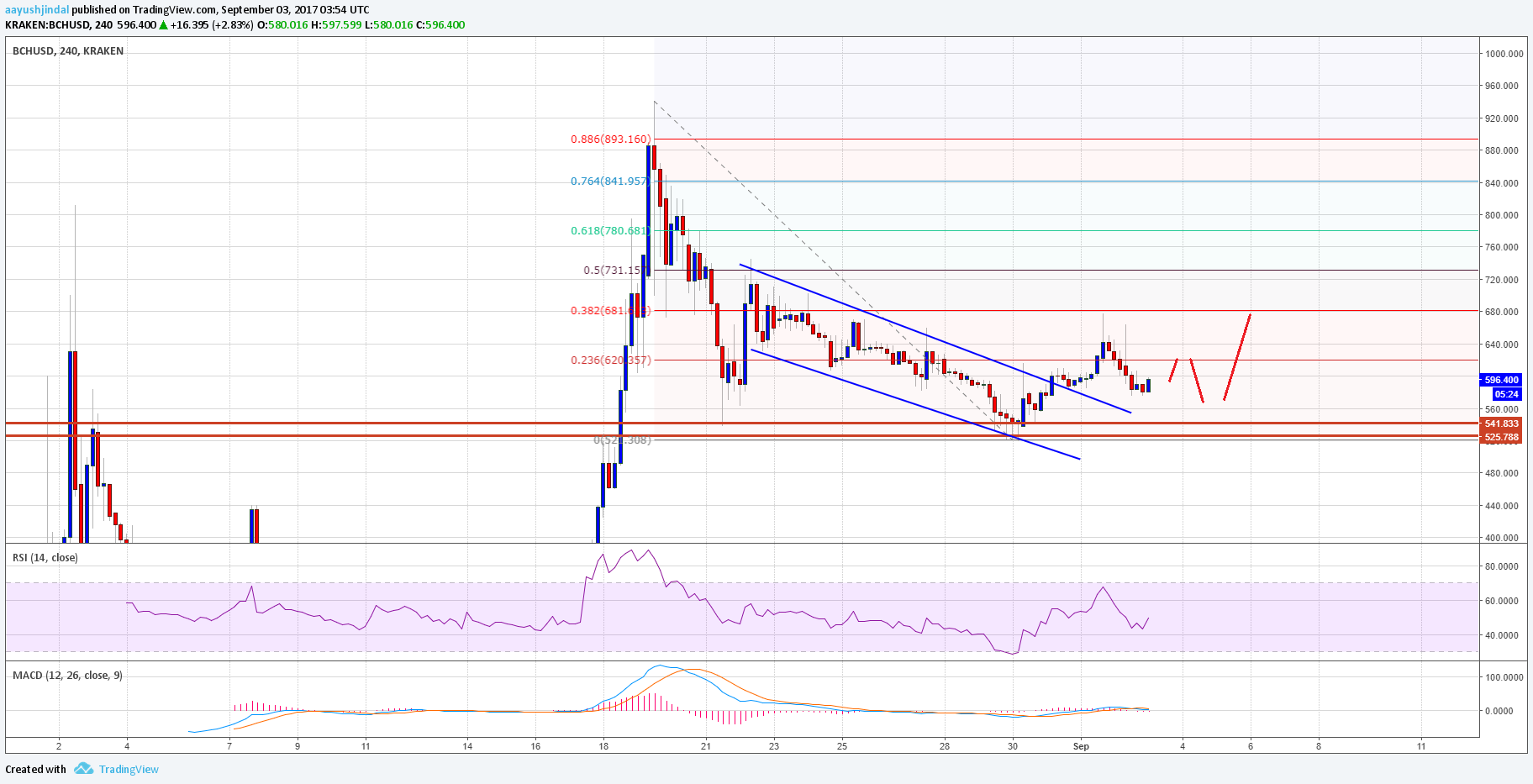 Bitcoin cash price is struggling to recover above $650 against the US Dollar. BCH/USD has to stay above $540 to remain in the bullish zone.

This past week was mostly bearish for BCH price until it found support near $540 against the US Dollar. The price formed a base near $540-550 and later started a correction. During the correction wave, the price was able to settle above the $560 level. It opened the doors for a break of the 23.6% Fib retracement level of the last decline from the $940 high to $525 low.

Moreover, there was a break above a major declining channel at $575 on the 4-hours chart of BCH/USD. It further opened the doors for more gains above $580 in the near term. The pair traded towards the 38.2% Fib retracement level of the last decline from the $940 high to $525 low. It faced strong offers near $680 and failed to move further higher. As a result, there was a downside move and the price is currently trading near $590. On the downside, the $550-540 support area holds a lot of importance and must hold if buyers have to remain in control. On the upside, we need a proper close above $650 for a test of $800 during the upcoming week.

4-hours MACD – The MACD for BCH/USD is slowly moving into the bearish zone.

4-hours RSI (Relative Strength Index) – The RSI for BTC/USD is now below the 50 level.