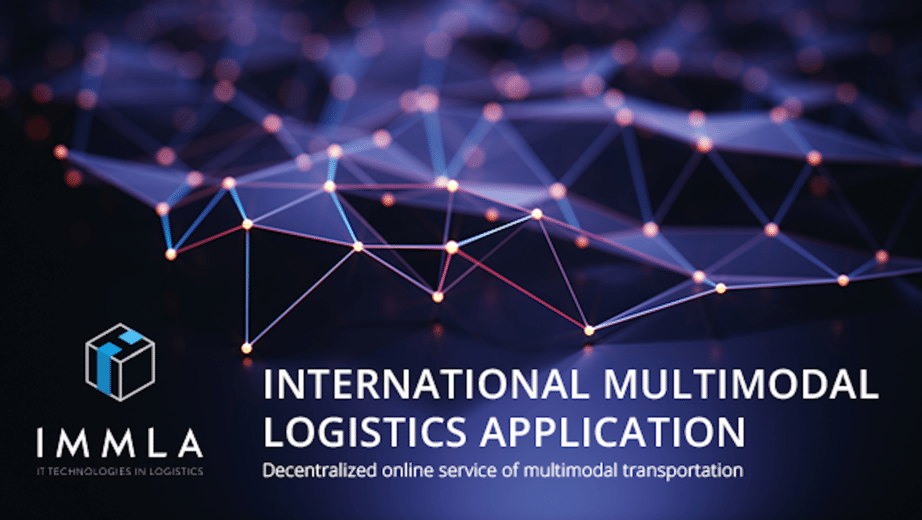 The gospel of blockchain is spreading across all the mainstream industries. While new and emerging startups are building new applications on the top of decentralized ledger technology, the established lot has already decided to spend millions of dollars in researching and developing it in line with their enterprises’ goals.

In the middle of the blockchain-mania is a new startup which demonstrably brings something very unique to the industry. IMMLA, as the startup is titled, proposes to build a decentralized multimodal transportation system.

It is true that even an IT-intensive logistics market is blinkered and clustered by information barriers. This is resulting in a poor annual growth as a whole, for the volumes are record-low, and the tariffs are record-high. IMMLA, on the other hand, is offering a logistic solution that combines the instant setting and contracting of multimodal shipping through the mechanism of the best price the freighters.

NewsBTC’s Editor-in-Chief Gautham N spoke to IMMLA’s founder Mikhail Astakhov in order to bring more clarity about the purpose and implementation of their project. Excerpts from their conversation:

Gautham N: How would you explain IMMLA to a layman? Mikhail Astakhov: IMMLA is an opportunity to order a transportation of any cargo, including the industrial one, from a stranger on the other end of the world as reliably and simply as ordering pizza delivery from your nearest and most favorite pizza place. You just open the IMMLA app on your mobile device, click and the game is on!

In the event of an unsuccessful completion of cargo transportation, who does bear the losses?

IMMA can act as a service and as a platform. In the first case, all losses are compensated by IMMLA, due to its commission and insurance companies covering its risks. In the second case, the losses of the customer are covered by the insurance company, which he will choose as an insurer of transportation risks. It is assumed that the insurance companies in the IMMLA system will undergo the strictest selection. The rates of insurance companies will be much lower than today’s, as the transparency and reliability of the blockchain technologies implemented in the IMMLA will be extremely reliable in reflecting all insurance events, reducing the costs of proving the events.

Multimodal transport contracts are not regulated at international level. Can blockchain solve this issue?

Indeed, the performance of the contract is governed by the local law of the jurisdiction in which the counterparty is located. At the same time, a smart contract programmatically requires each party to perform its part of the work, regardless of jurisdiction and applicable law. This allows you to enter into the smart contract conditions that are not be regulated by standard legal contracts. For example, in the United States, the carrier will not enter into a contract with payment in rupees, but through a smart contract, it can be done.

It is obvious that at this stage of development, IMMLA-like services based on blockchain will be the main arbiter in disputed situations. But we expect that in the medium term, lawmaking will start adopting the new principles of doing business, including the area of multimodal international transportations.

The ICO market is still an unregulated one. How are the holders of IMMLA tokens protected under the current framework?

One part of the protection is economic principles that are embedded in the smart contract for the issue of tokens. For example, tokens to team members are released only 5 months after the launch of the service. Collected funds are stored on multisig, all transactions from which are visible. Therefore, to the expediency of using the money, at least the local laws of ICO participants on the protection of consumers’ rights are applicable. The second part of the protection is the reputation of our corporate shareholders and advisers. Linked by standard legally binding documents, the consortium, and therefore investors in the ICO, are protected from fraudulent schemes.

Read more about IMMLA’s multimodal transportation system in this whitepaper, or interact with the team directly in their Telegram or Reddit channel.