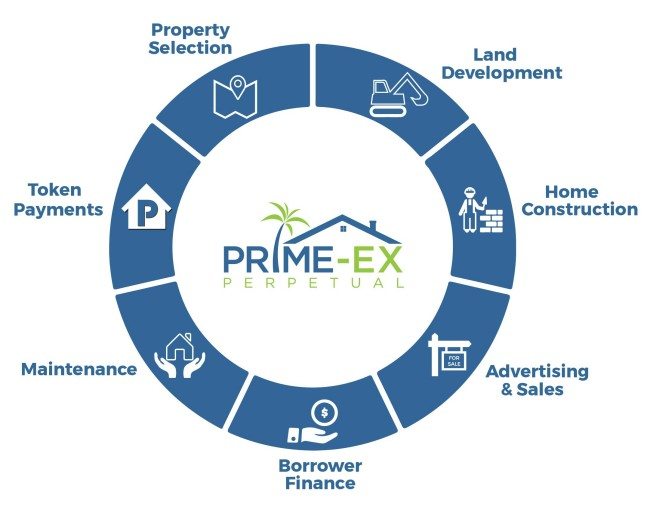 The Prime-Ex Perpetual project recently announced the launch of its upcoming crowdfunding round. The pre-ICO will begin September 18, 2017, at 17:00 GMT, providing first participants the chance to receive bonus PEX Tokens.

The project has garnered massive response soon after the release of their whitepaper.  The company received 10,000 Facebook likes in the first 18 hours after their announcement.

Prime-Ex Perpetual proposes to disrupt the real estate sector by simplifying the way homebuilding, home buying and home financing can be executed. It introduces PEX as a blockchain asset to settle real-estate transactions within the synergistic system, as well as to reward PEX holders with dividends.

“Our commitment is to distribute 80% of our profits to all token holders,” the Prime-Ex Perpetual whitepaper reads. “We will also incentivize buyers to pay mortgages using PEX tokens by means of mortgage rate discount, effectively creating demand for PEX on a monthly basis.”

In his conversation with NewsBTC, John Gilbert, CEO, and co-founder of Prime-Ex Perpetual stressed on developing a real estate ecosystem where every participant can benefit, not just the home builders and finance. He mentioned Prime-Ex Perpetual as the only global real estate project where buyers benefit from its success.

The Prime-Ex Perpetual project’s pre-ICO round appears to be a great opportunity for real estate enthusiasts and investors alike. The company plans to initially issue a total of 750,000 incentives PEX-Tokens. Participants will be given additional bonuses depending on the week of their purchase. Here is an image of the bonus breakdown: