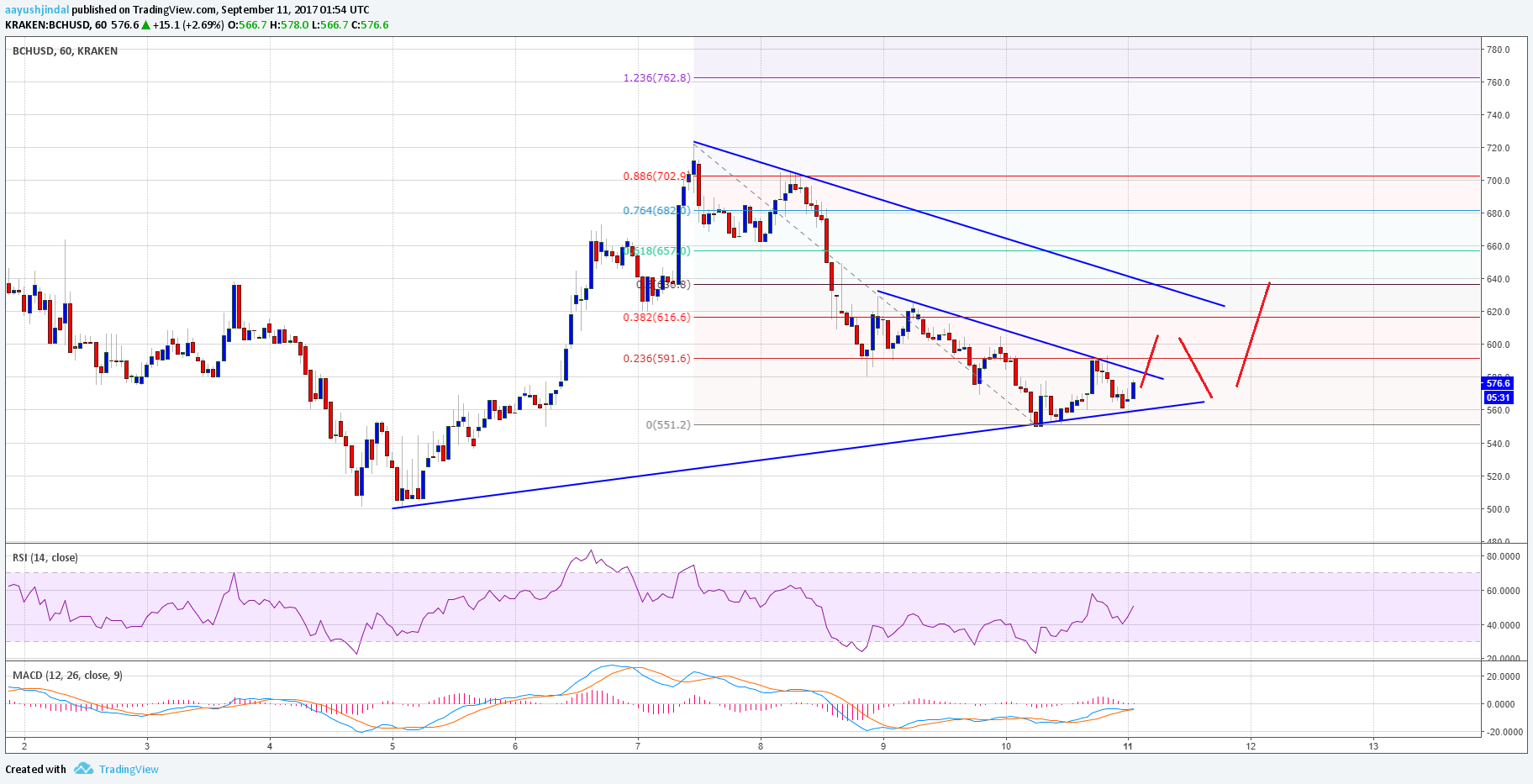 Bitcoin cash price is currently correcting above $560 against the US Dollar. BCH/USD needs to gain momentum above $600 to gain traction.

We saw a major decline in Bitcoin cash price this past week below $600 against the US Dollar. The price was under a lot of bearish pressure and even tested the $550 support. The stated $550 support acted as a barrier for sellers and later resulted in the start of a correction. The price already tested the 23.6% Fib retracement level of the last decline from the $721 high to $551 low. Overall, it looks like there is a major resistance forming near $600-620. The price has to break $600 and then $620 to gain traction in the near term. On the downside, the $550 level is the most important support.