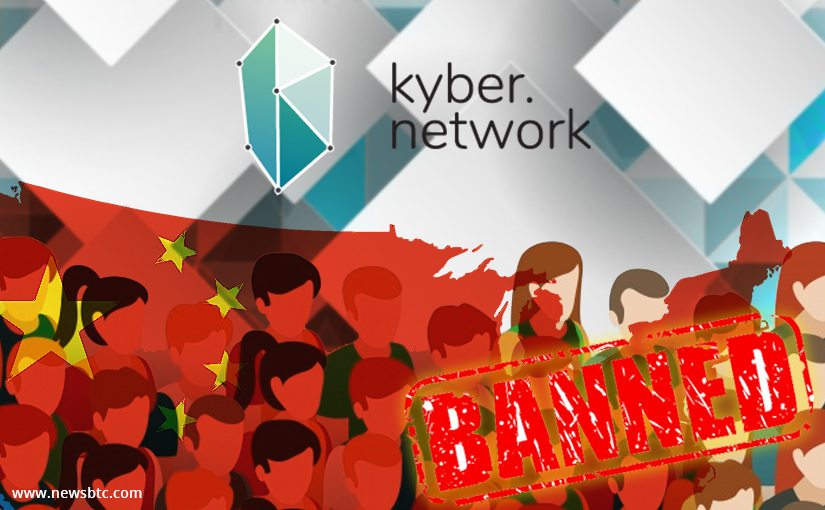 Any company organizing a cryptocurrency ICO need to tread very carefully these days. With China cracking down on ICOs altogether, taking ample precautions is of the utmost importance. This may very well lead to all projects banning Chinese investors from participating in the future. KyberNetwork, an upcoming initial coin offering, is taking those steps exactly. A very controversial decision according to some, but it’s best to err on the side of caution.

KyberNetwork is one of the first cryptocurrency ICOs to take such drastic steps. In the past, initial coin offerings have struggled with US investors as well. More specifically, the SEC is contemplating whether or not ICO tokens are securities. This forces project organizers to take ample precautions in this regard. As a result, US investors are often barred from investing in most ICOs these days. Enforcing such an artificial blockade is not all that easy, though. It requires effectively banning IPs, which can still be bypassed with a  VPN.

It will be interesting to see how KyberNetwork handles all of this. More specifically, the team announced they will exclude Chinese citizens from the public token sale. No information was provided as to how this rule will be enforced, though. An IP ban appears to be the most logical choice right now. Then again, there may be other ways to block prevent specific users from participating in this token sale.

After careful considerations, we have decided to exclude Chinese nationals/citizens from our public token sale.

For those who are thinking the Chinese can use a VPN, that is not necessarily the case. The Chinese government is clamping down on VPN providers these days. At least one individual providing such services as been sentenced to jail. Bypassing the Great Firewall of China will be pretty challenging, that’s for sure. That is good news for KyberNetwork, though. It makes their job of keeping the Chinese out somewhat easier in this regard.

Moreover, this will not be the last ICO focusing on geo-restriction. Most companies bar US citizens and they will do the same for Chinese investors as well. Until proper regulation is in place, that is. Even then, it may not be appealing enough for projects to allow the Chinese markets to participate. These are troubling times for the cryptocurrency industry as a whole, to say the least. It will be interesting to see how things evolve in the coming months. Preventing Chinese citizens from investing is the only viable course of action right now, though.

Tags: Bitcoin NewschinaCryptocurrency ICOKyberNetwork
TweetShare
BitStarz Player Lands $2,459,124 Record Win! Could you be next big winner? Win up to $1,000,000 in One Spin at CryptoSlots