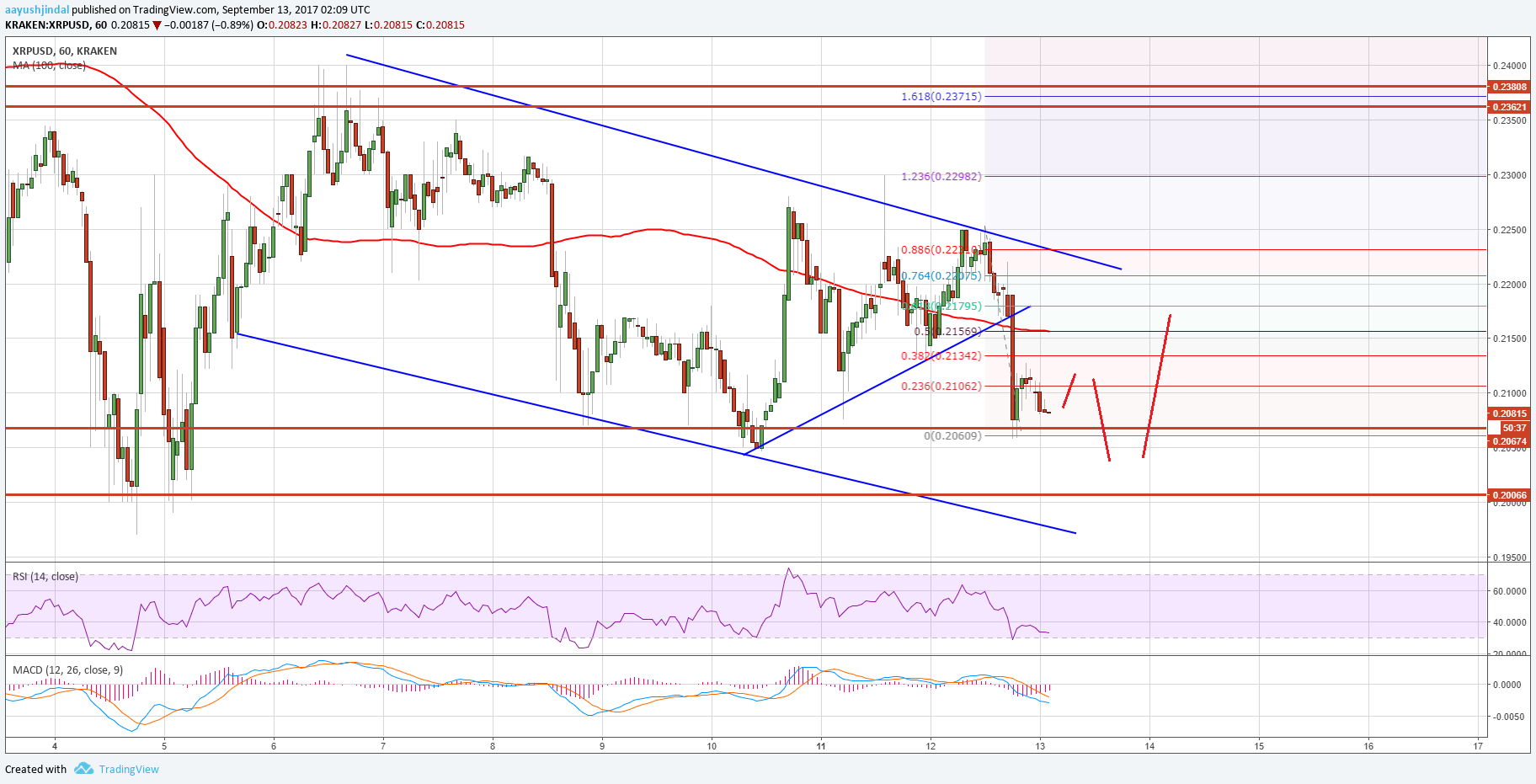 Ripple price is back to the range support levels against the US Dollar and Bitcoin. XRP/USD might decline further to test the $0.2000 support area.

Yesterday, Ripple price was seen making an attempt to settle above the $0.2250-0.2230 resistance against the US Dollar. The price failed to gain momentum and declined below $0.2200. There was a break below a major bullish trend line with support at $0.2150 on the hourly chart of BCH/USD. The pair also moved below the $0.2100 support and the 100 hourly simple moving average. It opened the doors for more declines and the price moved towards an important support at $0.2060. The $0.2000 support is key and must hold to avoid a major change in the trend. We can witness more ranging moves in the near term before the price attempts a recovery towards $0.2200.

Hourly RSI (Relative Strength Index) – The RSI for XRP/USD is currently near the oversold levels.