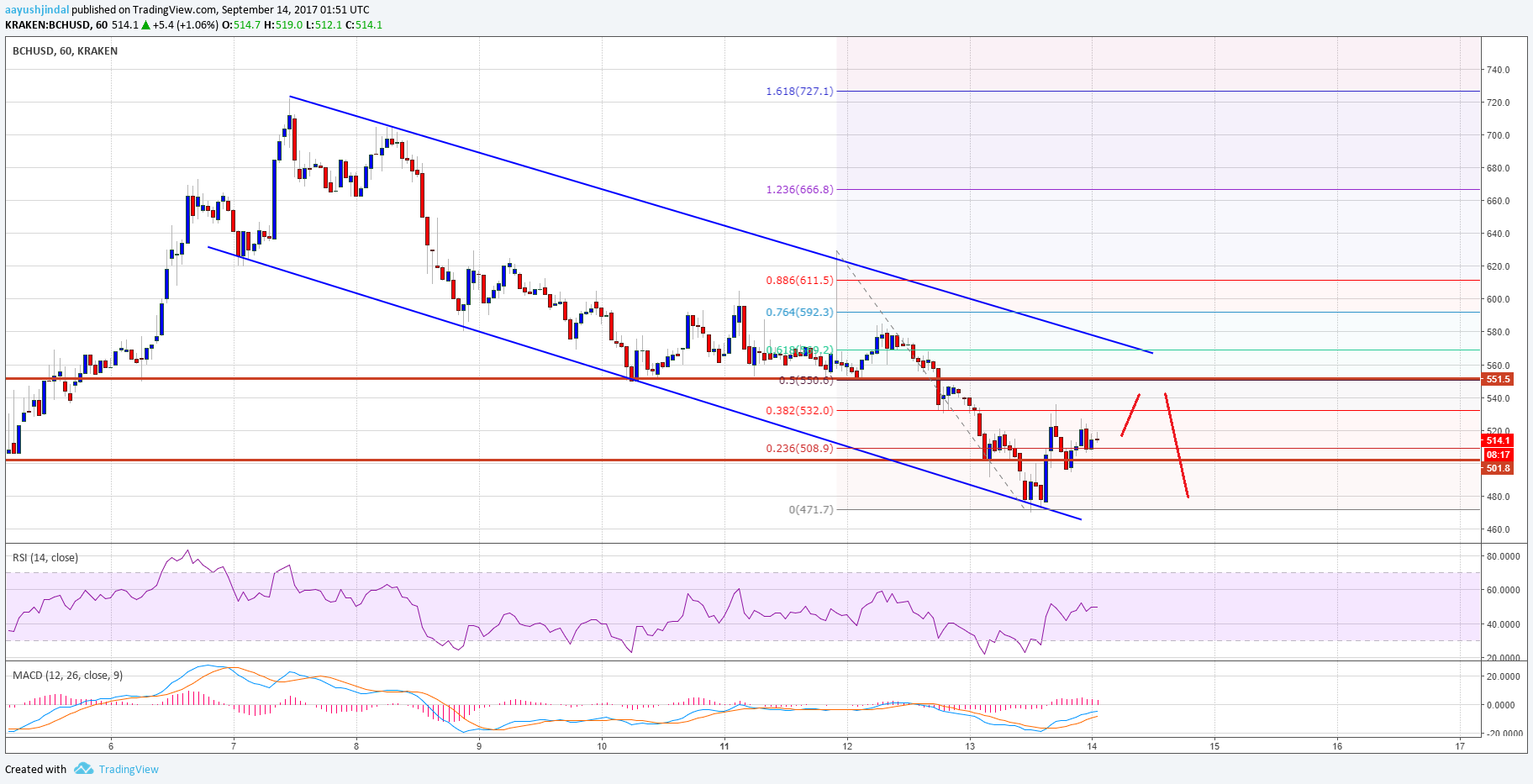 Bitcoin cash price is recovering after forming a new low below $500 against the US Dollar. BCH/USD is likely to face sellers near $570 in the short term.

This week was mostly bearish for Bitcoin cash price as it moved below $550 against the US Dollar. Yesterday, I pointed out that the price might test the $500 level. The price not only tested the $500 level, but also breached the stated level towards $470. There was even a break below the 1.618 extension of the last wave from the $551 low to $625 high. BCH is clearly in a downtrend and likely to continue lower below $600. The trend is bearish since this week’s highlighted descending channel pattern with current resistance at $570 on the hourly chart of BCH/USD is still active. Selling rallies near $570 might be considered with a stop above $580.

Hourly MACD – The MACD for BCH/USD is recovering, but losing momentum.

Hourly RSI (Relative Strength Index) – The RSI for BCH/USD is currently above the 50 level.