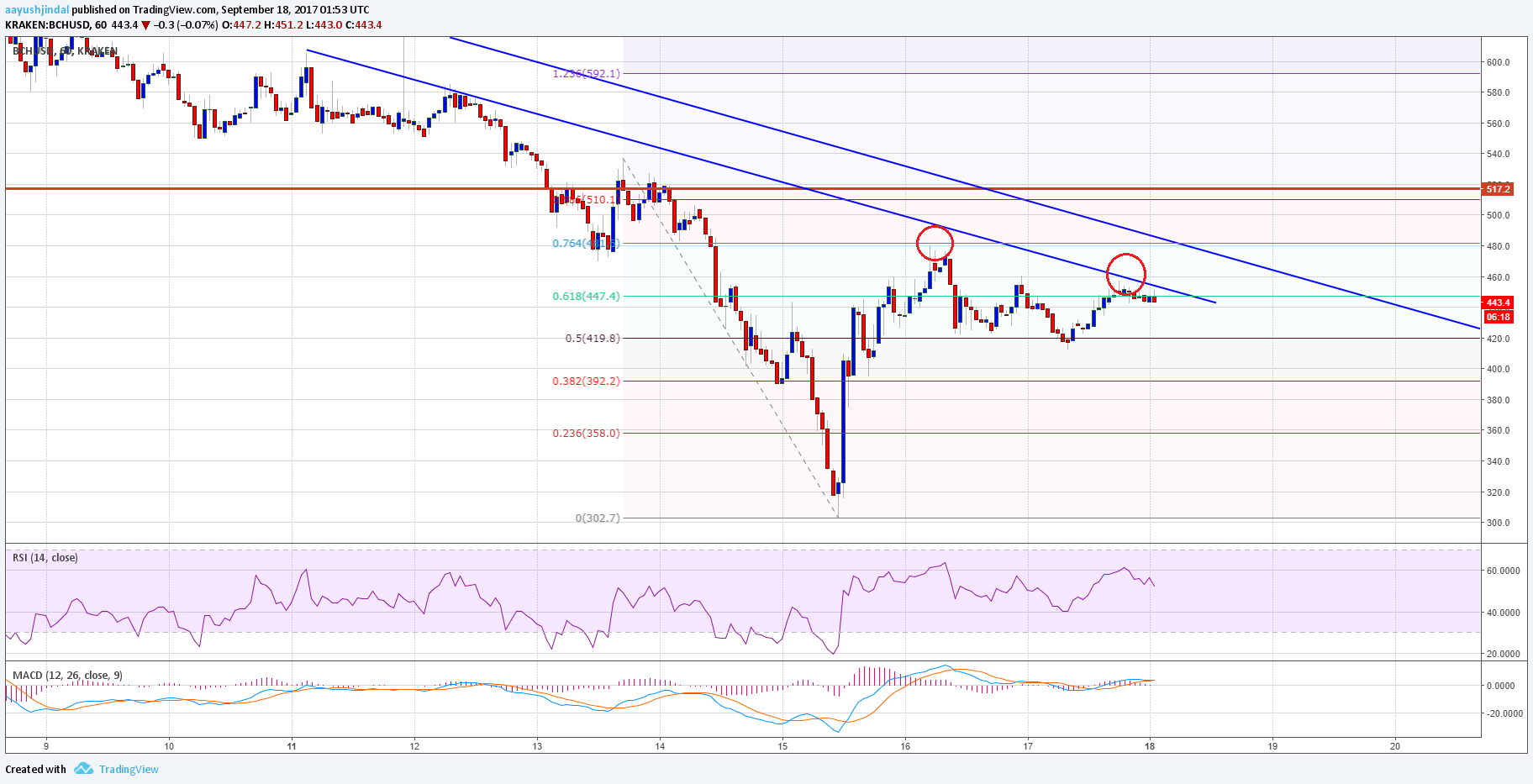 Bitcoin cash price is recovering from the $300 handle against the US Dollar. BCH/USD has to settle above $480-500 for further gains in the near term.

This past week we saw a major decline in Bitcoin cash price below $500 against the US Dollar. The price was under a lot of pressure and it broke the $400 and $350 support levels. It traded as low as $302 from where it started recovering. It moved above the 23.6% Fib retracement level of the last drop from the $538 high to $302 low. However, the upside move is now facing many hurdles near $450-480.

One of the positive signs was a break of the 50% Fib retracement level of the last drop from the $538 high to $302 low. However, the price failed to move past the $480 level and the 76.4% Fib level of the stated wave. There are also two crucial bearish trend lines forming with resistance at $450 and $480 on the hourly chart of BCH/USD. These trend lines are acting as an important barrier and preventing gains above $480. Unless buyers gain momentum and takes the price above $480, BCH/USD might struggle in the near term. On the downside, an initial support is at $420, followed by the $380 level.

Hourly MACD – The MACD for BCH/USD is in the bullish zone, but with no momentum.

Hourly RSI (Relative Strength Index) – The RSI for BCH/USD is currently above the 50 level.