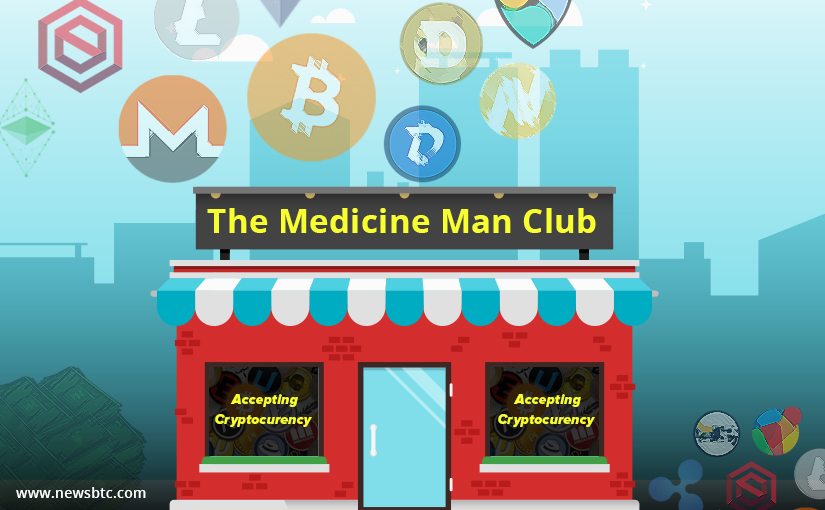 Creating a native cryptocurrency token for a specific business is an unusual concept. Although we have seen native tokens in cryptocurrency, they are hardly used for real-life purchases. In San Diego, that situation is vastly different, at least where the Medicine Man Club is concerned. Their native currency is the Medicine Man Token which grants exclusive rights. It is a great way to provide operational benefits to holders and may very well become a bigger trend.

As the name somewhat suggests, the Medicine Man Club focuses its efforts on marijuana. In fact, the founder claims his company is a “country club for marijuana” altogether. But the creation of a native cryptocurrency token, the company sets an interesting precedent. This particular token is created on the Waves platform and goes by the name of Medicine Man Token. The goal of this new currency is to provide operational benefits to MMT holders.

Medicine Man Club has its own Token

Do keep in mind users will still need to sign NDAs and can’t take pictures. Moreover, this token allows the marijuana club to operate within the confines of the law. Everything can be tracked using the blockchain, ranging from inventory to visitors, et cetera.Further use cases for these tokens will be unveiled in the future. Right now, it appears such benefits may include events, goods, and even concerts. In fact, there have been a few concerts already.

“It’s similar to how at Dave and Buster’s you pay for Power Play cards for videos, and can’t pay cash for video games. Dispensaries have tons of problems with cash. We are using our digital currency now. My digital currency has a pair to bitcoin, and one can sell or rent their memberships out. If you have a membership and a friend is in town and you can’t take them, you can rent them the tokens. They just have to show they control the 25 tokens to prove membership. We are creating more uses for the tokens as we go.”

It is evident good things happen in the world of cryptographic tokens. Although ICOs have gotten a bad reputation lately, there are other use cases for this technology. San Diego’s Medicine Man Club shows how it can serve as a “loyalty reward” token of some sort. Members pay $25 every month to receive 25 tokens. Moreover, the tokens can be exchanged through Waves’ decentralized exchange. It is also possible to convert Bitcoin and Potcoin for these tokens at the premise itself. The tokens are also used to pay for food and drinks at the club itself.

Tags: Bitcoin NewsCryptotokensmarijuanaMedicine Man Club
TweetShare
BitStarz Player Lands $2,459,124 Record Win! Could you be next big winner? Win up to $1,000,000 in One Spin at CryptoSlots