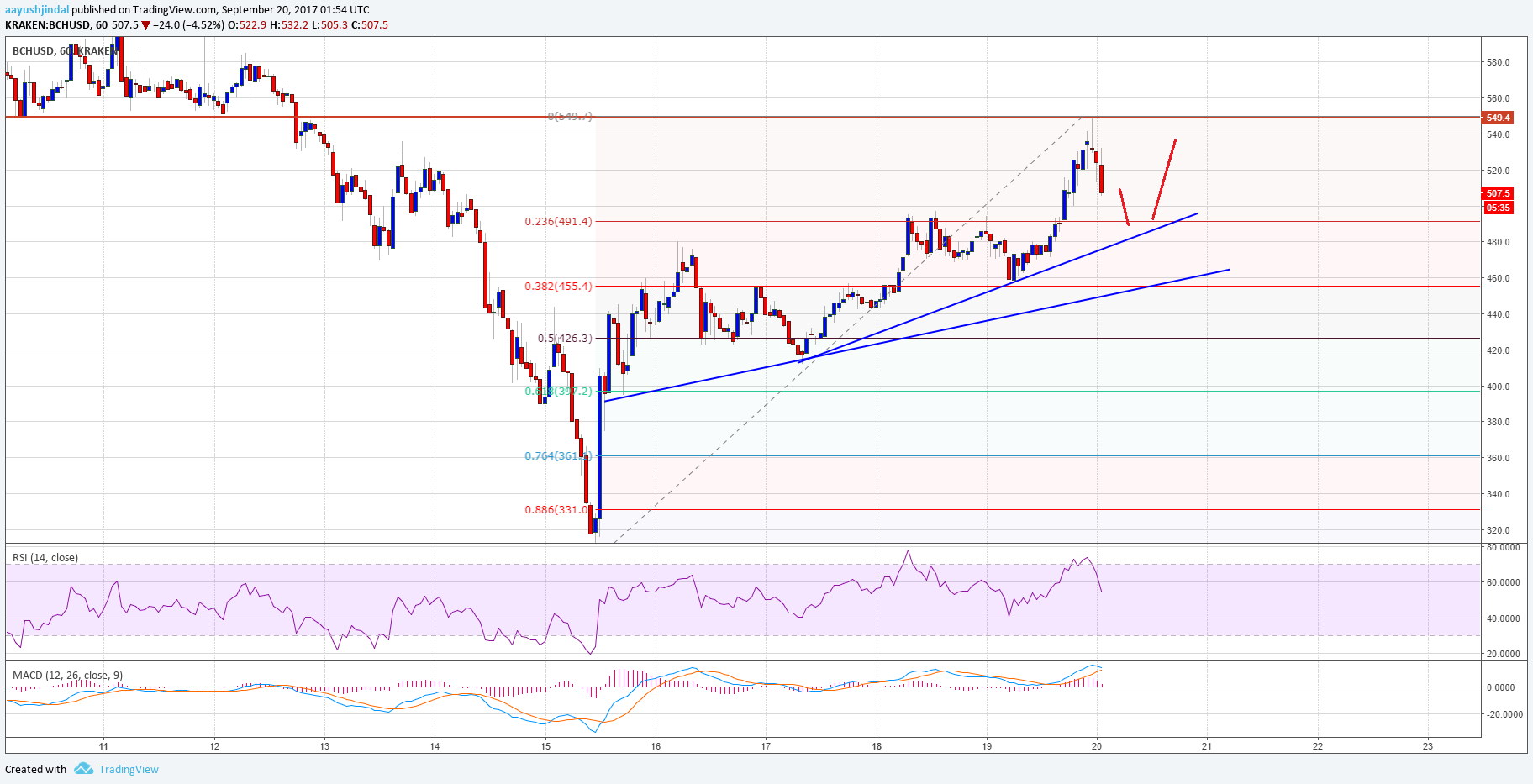 Bitcoin cash price surged towards the $550 level against the US Dollar. BCH/USD is currently correcting lower, but remains well bids above $460-450.

There was a nice upside move in Bitcoin cash price above the $450 level against the US Dollar. The price managed to gain traction and was even able to move above the $500 handle. Yesterday’s idea of buying dips towards the $450 level worked. The upside move was positive, as there were decent gains taking the price towards the $550 level. The price tested the $550 resistance, which acted as a barrier. As long as the price is above the $450 support zone, it remains supported. Once again, buying dips towards $490-470 levels can be considered with a stop below $450. On the upside, the $550 level remains a crucial resistance.

Hourly MACD – The MACD for BCH/USD is slowly reducing its bullish slope.

Hourly RSI (Relative Strength Index) – The RSI for BCH/USD is currently heading south towards the 50 level.