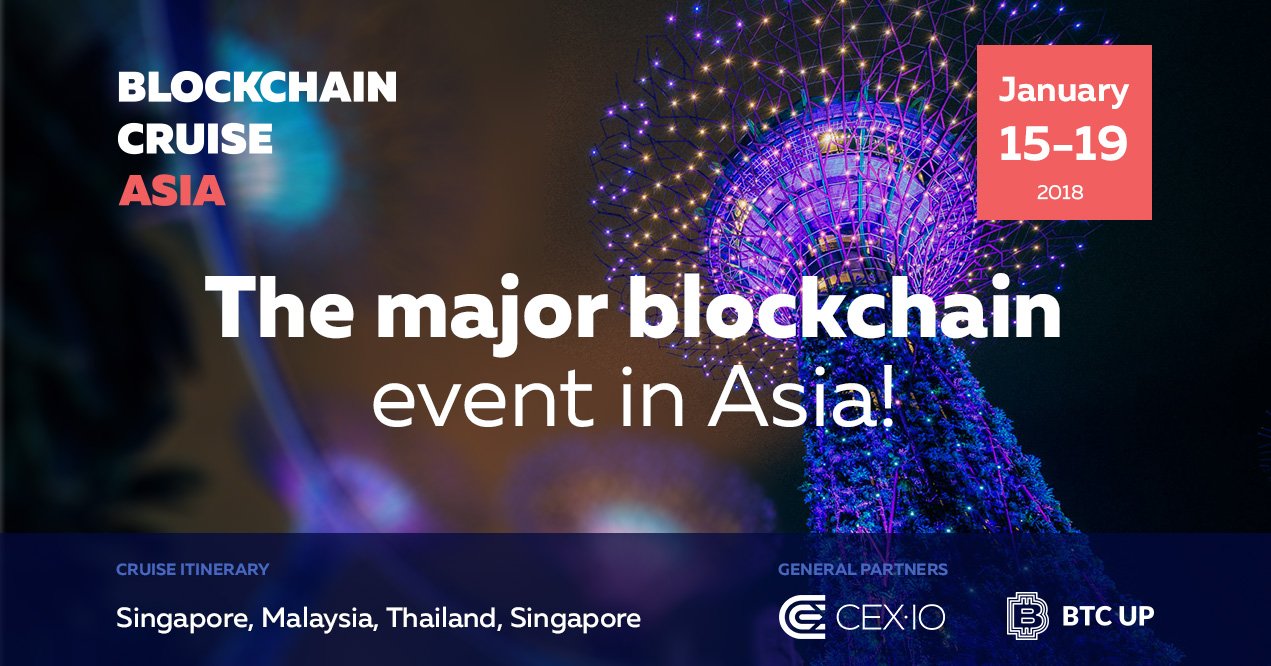 Famed cryptocurrency services provider CoinsBank has plans for a new gathering of Blockchain technology enthusiasts on the horizon. After achieving success for two straight years with Blockchain Cruise, which sailed over the Caribbean, the organizers including CoinsBank has now opted to target the Asian market with a major blockchain conference that’s scheduled for early next year. It’s called Blockchain Cruise Asia, and it’s set to happen on January 15-19, 2018.

In the spirit of the original Blockchain Cruise, Blockchain Cruise Asia is meant “to demonstrate how practical, convenient, and extraordinary,” the blockchain industry is. It is also being tagged as a great way to meet investors and other interested parties, whether you are looking to go into business or simply want to get involved in the discussion of today’s hottest cryptocurrency topics.

The cruise covers a route that spans three different countries. It starts in Singapore at 5:00 PM on January 15, then head on to Penang, Malaysia as well as Phuket, Thailand. So, while all the amazing interactions are going on aboard the magnificent cruise liner Mariner of the Seas, Royal Caribbean, where the conference will take place, guests will also have the chance to take in the majestic views in each of the three destinations. For anyone who is looking to add to their knowledge of blockchain technology and to expand their network of people who are in the know, Blockchain Cruise Asia sounds like the right way to do it. It has got views of beautiful Asian waters, many amazing experts, and industry insiders as guests, and 50 speakers from around the world that are ready and willing to share their insights, according to the press release. So far, they have confirmed Tone Vays, Mark van Rijmenam, Charlie Shrem, Bill Barhydt, and more top-rated speakers coming soon. The participants of Blockchain Cruise Asia also get an opportunity to take part in a special THAI Blockchain Conference, set to happen on a private beach in Phuket, Thailand. Tickets for the event are available for public, but members of the cruise don’t have to go through the hassle as they are automatically invited.

This really might just be the one major blockchain conference in Asia that’s worth looking into. And if the success of the first Blockchain Cruise over the Caribbean seas is any indication, there will be plenty of success to be met for everyone here as well.

You can learn more about Blockchain Cruise Asia through the link – https://coinsbank.com/cruise-asia/

Tags: Bitcoin newsBlockchain Cruise Asiablockchain technologycoinsbankcryptocurrencyevent
TweetShare
BitStarz Player Lands $2,459,124 Record Win! Could you be next big winner? Win up to $1,000,000 in One Spin at CryptoSlots