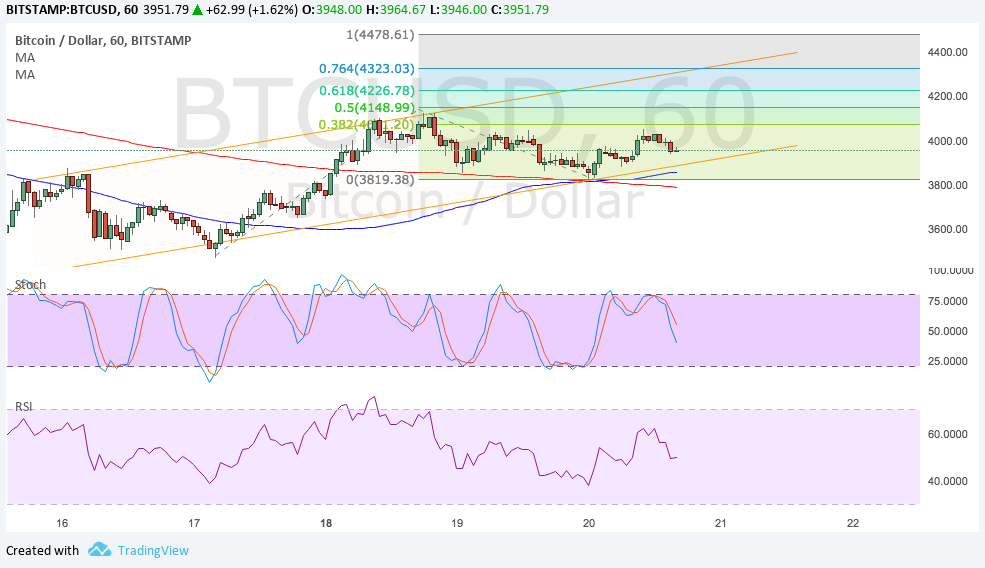 Bitcoin price is slowly crawling higher and could make its way up to the next short-term resistance levels from here.

The 100 SMA just crossed above the longer-term 200 SMA on this time frame, signaling that the path of least resistance is to the upside. In other words, the uptrend is more likely to resume than to reverse. The 100 SMA is also close to the ascending channel support, adding to its strength as a floor.

Stochastic is turning lower, though, which means that sellers are trying to regain control of bitcoin price action. RSI has been on the move up but is also pointing down again to signal that bears are eager to push bitcoin price back down. The FOMC decision turned out positive for the dollar as the central bank confirmed that it would start unwinding its balance sheet next month and that a December interest rate hike is still in play. Fed head Yellen acknowledged that exports and business investment have picked up while admitting that the shortfall in inflation has been a mystery.

This seems to have had a limited effect on bitcoin price, though, as cryptocurrencies have been stablizing across the board. However, there have been rumors that bitcoin is due to split again in November, possibly creating a third version of the cryptocurrency.