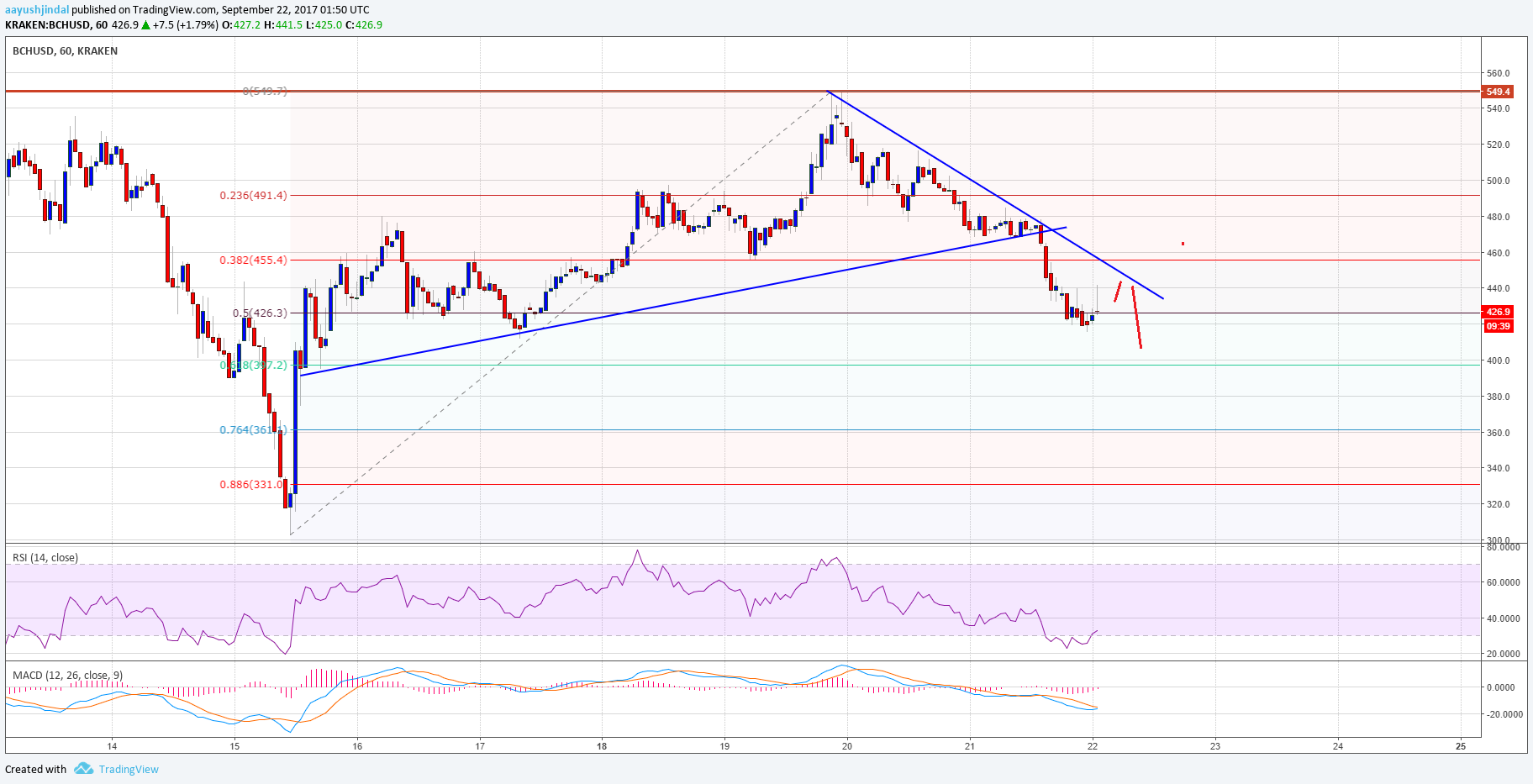 Bitcoin cash price failed to gain pace against the US Dollar. BCH/USD broke a key support near $475 and now poised for more declines.

This week we saw some positive moves in Bitcoin cash price above the $500 handle against the US Dollar. However, the price failed to maintain the bullish gains above the $520-500 levels and started a downside move. Yesterday, the price broke a key bullish trend line near $490 and recently it broke another major bullish trend line with support near $475 on the hourly chart of BCH/USD. It has opened the doors for further declines below $450. As long as the price is below $445-450, it remains in the bearish zone. Selling rallies in the short term can be considered for a move towards $400.

Hourly MACD – The MACD for BCH/USD is now well into the bearish slope.

Hourly RSI (Relative Strength Index) – The RSI for BCH/USD is currently in the oversold levels and attempting a recovery.