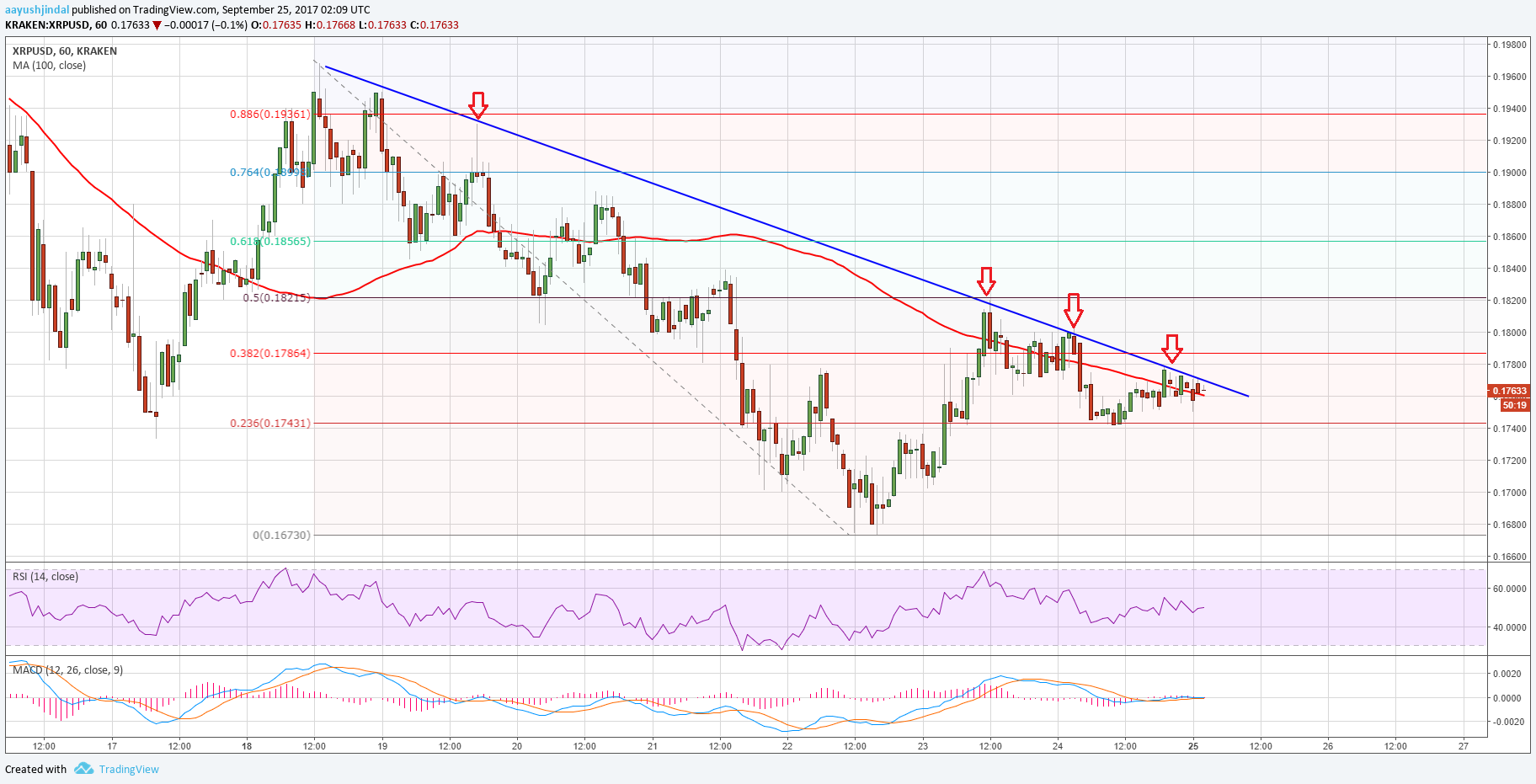 Ripple price is trading with a slight bearish tone against the US Dollar and Bitcoin. XRP/USD has to clear $0.1800 to move back towards $0.2000.

The 50% Fib retracement level of the last decline from the $0.1970 high to $0.1673 low acted as a resistance and protected further gains. Moreover, there is a bearish trend line forming with resistance near $0.17800 on the hourly chart of XRP/USD. The trend line resistance is close to the 100 hourly simple moving average at $0.1760. Therefore, a close above the $0.1780 level and the 100 hourly simple moving average is needed for more gains. Hourly MACD – The MACD for XRP/USD is slowly moving back in the bearish zone.