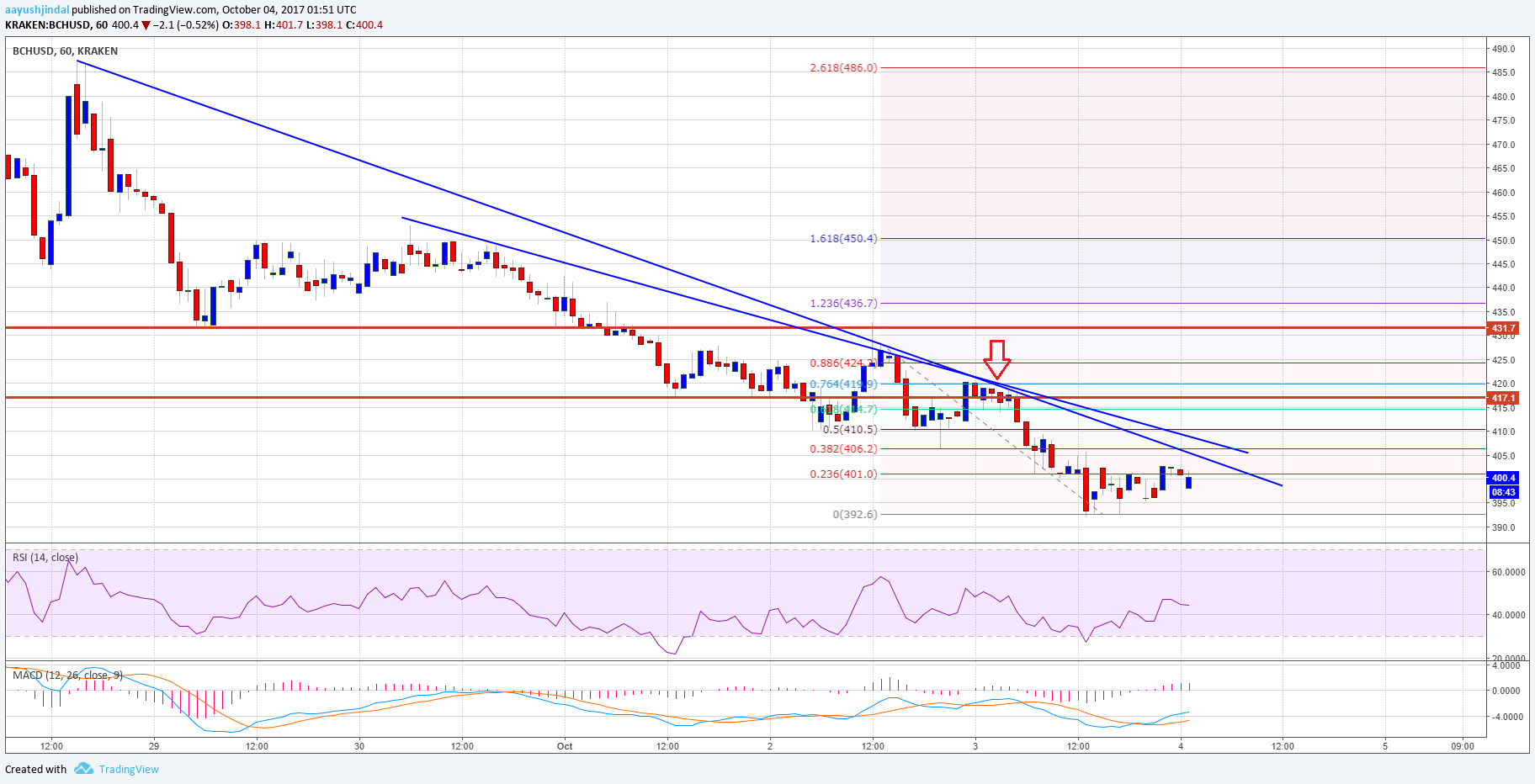 Bitcoin cash price is under a lot of pressure against the US Dollar. BCH/USD is now below $410 and looking to extend its decline below $400.

There was no stopping sellers as Bitcoin cash price extended its decline and broke the $410-415 support area against the US Dollar. The price even broke the $400 handle to set the downside pace and formed a low at $392.6. At the moment, the price is currently correcting and consolidating near $400. However, it remains at a risk of more declines below $400 in the near term. The overall trend remains bearish below $420. A close above $420 is needed to overcome selling pressure. On the downside, a break of the $392 low would push the price towards the $380 support zone.

Hourly MACD – The MACD for BCH/USD is currently in the bullish zone but with no momentum.