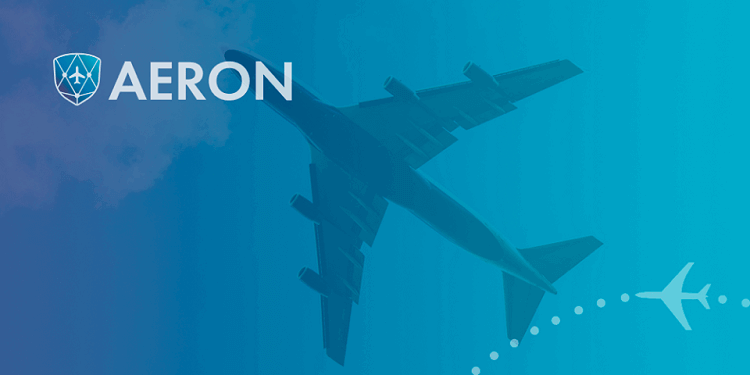 Can blockchain create safer skies? It can take stretching of the imagination for most people to consider if an immutable ledger could create a platform that would ensure transparency in the skies but it is possible according to Aeron. We talked with Artem Orange, the CEO of Aeron, amidst the crowdsale the project is holding so that the project can see the light of the day. Artem is an aviation buff himself and told us that he had been interested in things to do with planes since he was a child. The Aeron crowdsale is due to end October 23, 2017 and the token for sale is called Aeron (ARN).

A Question of Safety.

Flying is considered to be generally safe but even so the amount of accidents each year are troubling. In the United States alone there were 1290 accidents in the year 2014 according to the National Transportation Safety Board (NTSB). Aeron are trying to change that by using technologies such as the blockchain and smart contracts. Cointelegraph asked Artem about what ails the skies and how it can be fixed? His response was, “We would like to enable a system where a pilot can maintain a transparent and verifiable record of the flying experience. This starts from the flight school and develops towards a private pilot license and further a commercial license, and appropriate renewals and hour building, with Aeron applications available to log the hours. Apart from bringing convenience to the pilot and the flight school management, we would not like to see the horrific cases of pilots taking the wheel without experience, as you can read in media such cases are frequent and recurring.” A number of really alarming cases were cited by Artem to support his argument including one in which a fake pilot flew planes for thirteen years before he was discovered.

How can the industry protect itself from forgery?

Corruption, forgery and other such malpractices can’t be ignored in an industry that ferries millions of people each year globally. A specially troublesome area seems to be pilot licenses, which have a different appearance across geographies and makes it difficult for the authorities to identify fakes. We asked Artem how Aeron could help. “What happens in general aviation is that a pilot has to report a certain flying experience for the license renewal, a number of hours flown within a period of time. As its an expensive endeavour and not every pilot owns a small aircraft, there is an incentive to log the hours not actually flown. With paper log books this does not take much effort. Further with career progression, to become a commercial pilot one has to report a significant number of hours (typically 200 hours or more), which is a large investment by any measures (typically in excess of $50,000). We would like to see that hours to be really flown, by offering incentives to a pilot and a flight school to use Aeron applications for logging. General public can access qualified offers from flight schools signed up with Aeron through our portal aerotrips.com” Thus by bringing transparency into the entire system from the school up, Aeron hopes that the problem of fakes can be reduced significantly.

The rot is set deeper and needs systemic overhaul

The problem is not only fake licenses, there is also the problem of dodgy spare parts that can’t be tracked and lapses in maintenance, especially with the private aircraft. Ushering in an era of transparency into how the whole aviation industry operates as a whole has the potential to improve flight safety, remove corruption and improve reliability for all stakeholders involved. For Aeron, this would be a logical progression as they build their platform. Artem reveals, “While we are not yet involved with aircraft maintenance companies, we intend to approach this segment to expand the same concept: an immutable log record in blockchain. At that, aircraft owners and operators can benefit as well, once an aircraft has a transparent maintenance history in blockchain, this should increase a resale value. While statutory regulations still require aircraft maintenance records to be retained in paper format and available with the aircraft, its electronic reflection with Aeron applications can bring multiple benefits, apart from log authentication: as example it makes it more convenient for the aircraft operator to order services online. The whole ecosystem can be enabled around these maintenance and flight records.”

Investors can help in creating a new aviation system

Investors stand to gain by ushering in a new era of safety and transparency in aviation. The Aeron (ARN) crowdsale is continuing and the presale has already generated a revenue in excess of US$ 1 million. Each ARN token on sale costs US$ 0.50. 60 million of these tokens will be available for investors in a staged process with 20 million tokens for sale at this time. Tokens are ERC20 compliant. Investors can refer to a whitepaper issued by Aeron for details on future plans, fund usage and technical details of the project. ARN tokens will be liquid and Aeron have made a tieup with Binance for listing. Talks are on with other exchanges as well as was revealed to us. Artem on the subject of liquidity of ARN tokens, “The listing would be done after the token distribution event takes place in late October. The tokens will be freely transferable without any lock-up and listing procedure at Binance should be completed in the beginning of November. We are in talks with HitBTC and a couple of other major exchanges and will announce agreements upon approval from the respective exchanges.”

Significant part of the aviation industry is stuck in the era of pen and paper, while the rest of the world has moved on. Aeron promises to bring latest technologies to the industry to finally get it to move to a more digital era. This should immensely benefit pilots, maintenance personnel, flight instructors,  students and most of all fliers. We asked Artem, how does he envision the future of Aviation and he answers, “We believe that all private pilots will turn to blockchain technology to log the flights and paper documents will gradually disappear. The electronic register of flights and routes for general aviation will be introduced and the same will be confirmed by local authorities in every area. General (private) aviation may have a faster pace to adopt electronic logging in a distributed database and related smartphone applications, compared to commercial aviation, as there are many enthusiasts amongst the private pilots, there is more flexibility and less regulation. As to aviation industry in general, it will keep growing at a steady pace, connecting people and carrying cargo, with better fuel economy, less ecological impact and better safer aircraft. We as Aeron hope to become an integral part of this industry in the next decade to come.”