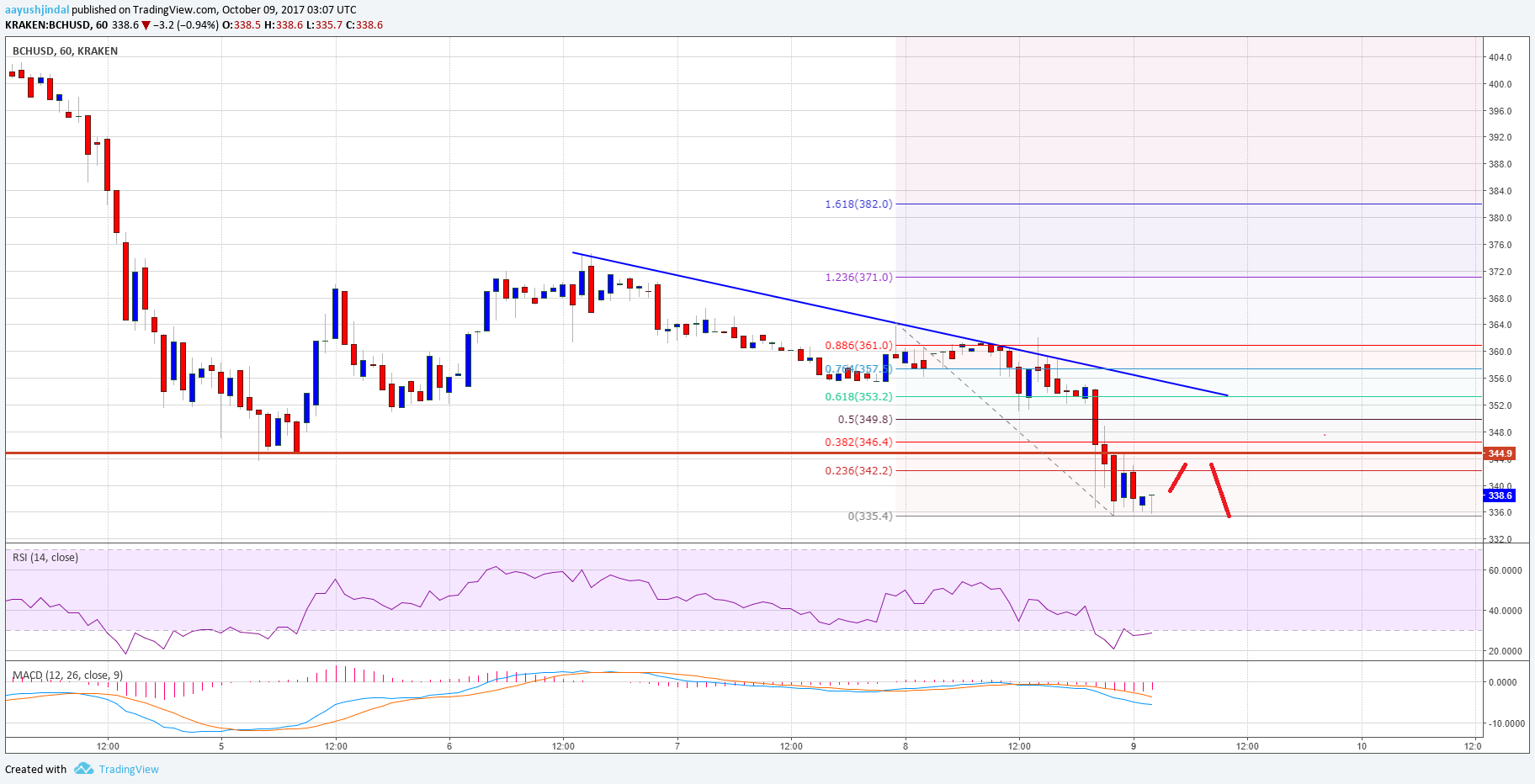 Bitcoin cash price is struggling below $400 against the US Dollar. BCH/USD is likely to extend declines towards the $300 level.

There was a minor recovery in Bitcoin cash price from the $345 low against the US Dollar. However, the price failed to gain traction and found offers near $370-380. A new downside wave was initiated and the price broke the $345 support area. A new low was formed at $335.4 from where the price started a correction. An initial resistance on the upside is near the 23.6% Fib retracement level of the last decline from the $364 high to $335 low.

Above the $345 resistance, the price is likely to face strong sell wall near $350. There is a key bearish trend line forming with resistance near $350 on the hourly chart of BCH/USD. Moreover, the 50% Fib retracement level of the last decline from the $364 high to $335 low is close to the $350 level. Overall, it seems like the $350 level is a major resistance for BCH buyers in the short term. It won’t be easy for buyers to clear $350. Therefore, selling rallies close to the $350 level can be considered with a stop above the $365 level.

Hourly MACD – The MACD for BCH/USD is placed well into the bearish zone.

Hourly RSI (Relative Strength Index) – The RSI for BCH/USD is currently in the oversold region.