What to Expect from SegWit2x and its Current Mining Support 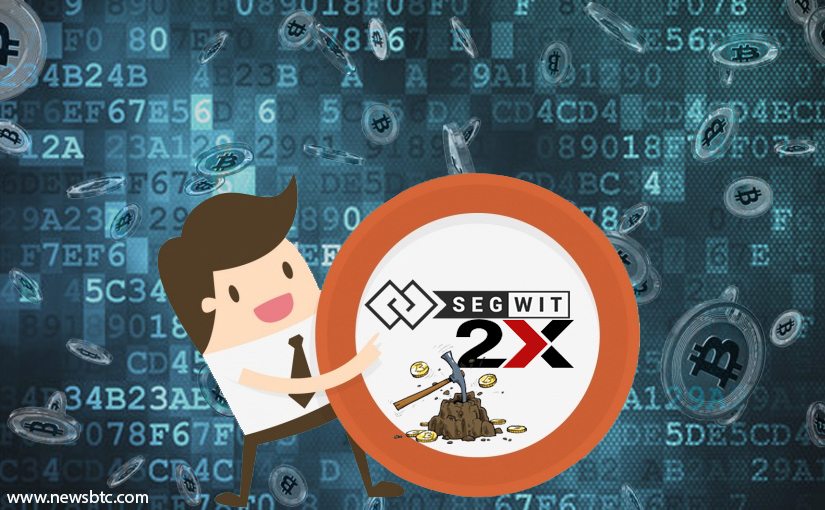 Quite a few discussions regarding SegWit2x are taking place as we speak. A lot of enthusiasts assume this blockchain will gain traction. That is mainly due to the current level of mining support for this concept. However, Just because there is so much intent to signal doesn’t mean S2X will become the new Bitcoin all of a sudden. There is a very long way to go before that can be the case.

SegWit2x has proven to be a rather interesting creature in the world of Bitcoin. This latest hard fork wants to combine SegWit with larger blocks. Whether or not this will be a successful version, remains to be seen. There is a lot of support from mining pools, by the look of things. More specifically, pools signal the intent to support this new solution. That doesn’t mean they will all switch over to this blockchain in the future, though.

SegWit2x Will Face its own Struggles

One determining factor will be the profitability factor. Right now, SegWit2x is one-third as profitable as mining Bitcoin. Moreover, a lot of coins will be distributed to BTC holders during the initial stage. There will be plenty of coins getting dumped across exchanges, that much is rather evident. This will push the mining profitability of this new currency down even further.  There is no reason for miners to automatically switch over to the new chain if it generates less income.

It is true the world’s largest mining pools all signal SegWit2x. Miners stick with these pools because they still mine Bitcoin right now first and foremost. This initial “support” is no indication of the miners sticking around when they make less money.  We have seen the same issue affecting Bitcoin Cash as well. Miners will go after the chain which offers the most profitability. In the case of BCH, there is an interesting difficulty adjustment which can make it more profitable to mine. SegWit2x will not have such an EDA, which is a good thing.

Assuming the mining power would shift, though, things will get pretty ugly for Bitcoin. It would render the current blockchain seemingly useless as the next network block would take hours, if not days, to be discovered.That is not a situation anyone is looking forward to, for obvious reasons. It remains unclear what the future will hold in this regard, though. SegWit2x will not become the new Bitcoin chain by default, that much is certain.

Tags: bitcoinBitcoin NewsminingSegWit2x
TweetShare
BitStarz Player Lands $2,459,124 Record Win! Could you be next big winner? Win up to $1,000,000 in One Spin at CryptoSlots