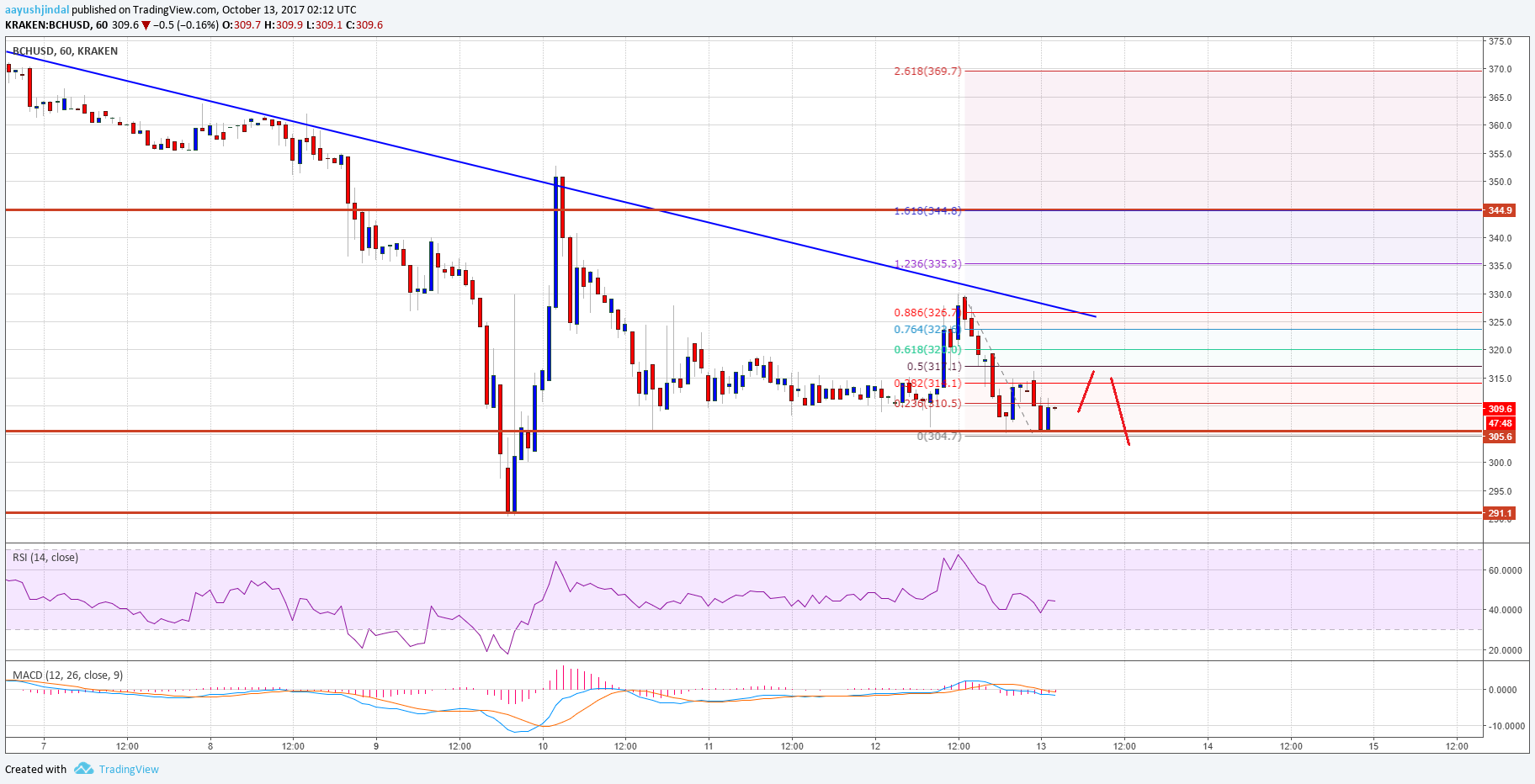 Bitcoin cash price is not able to move above $330-340 against the US Dollar. BCH/USD is now struggling to hold the $300 support area.

It seems like Bitcoin cash price is struggling to recover from the $300 support against the US Dollar. Therefore, the price remains at a risk of more losses below $300 in the near term. At the moment, buyers are fighting hard and the price is trading just above $300. There were 2-3 attempts to surpass the $300-305 levels, but sellers failed. The price is currently recovering with an initial resistance around the 23.6% Fib retracement level of the last drop from the $335 high to $304 low.

An intermediate resistance is near $318 and the 50% Fib retracement level of the last drop from the $335 high to $304 low. On the upside, this week’s highlighted major bearish trend line with current resistance at $325 is intact on the hourly chart of BCH/USD. It might continue to play a major role for an upside break above $340. As long as the pair is below the trend line resistance and $340, it remains in the bearish zone. Hourly MACD – The MACD for BCH/USD is mostly placed in the bearish zone.

Hourly RSI (Relative Strength Index) – The RSI for BCH/USD is currently near the 45 level.