Flipz Aims to be the First Decentralized E-commerce Platform 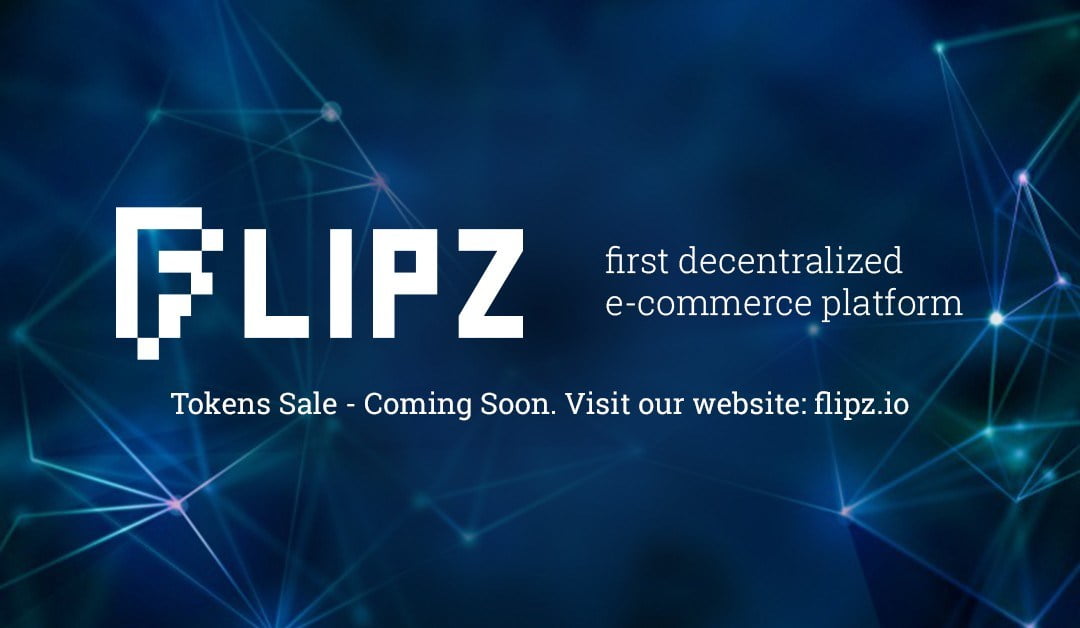 The pre-ICO of Flipz, a smart e-commerce platform based on blockchain smart contracts, has just started on October 12, 2017. The first decentralized e-commerce platform is in the process of raising funds for development, cover marketing expenses and to pay the staff. As a part of the crowdsale, Flipz has issued hundred million tokens for sale during the pre-ICO, with the intention of destroying any unsold token following its completion.

In a recent press release, the co-founder of Flipz, Alexei Bobylev has described the platform as,

“Shortly speaking, FLIPZ is a smart marketplace platform with smart contracts, a unique rating system of vendors based on blockchain technology, and transactions without commission”.

E-commerce has emerged as one of the fastest growing sectors in the past few years. Like any other sector with rapid growth, the industry is faced with a number of problems, requiring a positive disruption. The mainstream leaders currently operating in the market are outdated and unable to cater to smaller vendors’ needs. Flipz strives to resolve these problems.

The monetization model that Flipz follows, doesn’t charge any commission and is free from intrusive ads all through the website. This strategy gives users a choice to use their FLZ tokens to make all purchases within a platform. Once website starts growing in popularity, and since the tokens are limited in number in the market, it will increase the token price.

In e-commerce industry, 50 percent of the cost incurred is mostly for advertising. But that is bound to change with Flipz’s smart contract based rating system that cannot be influenced by money. Users find the best products instead of those spending the most money on advertising. This eventually lowers the costs for both parties; vendor and consumer. It works especially well for small businesses.

Another problem that Flipz solves is that it makes the shopping much easier. Users can complete the transactions within few minutes without any hassle.

In the ongoing Flipz pre-sale, the platform is offering a 30 bonus to early participants. More information about the platform and the crowdsale is available on https://ico.flipz.io/