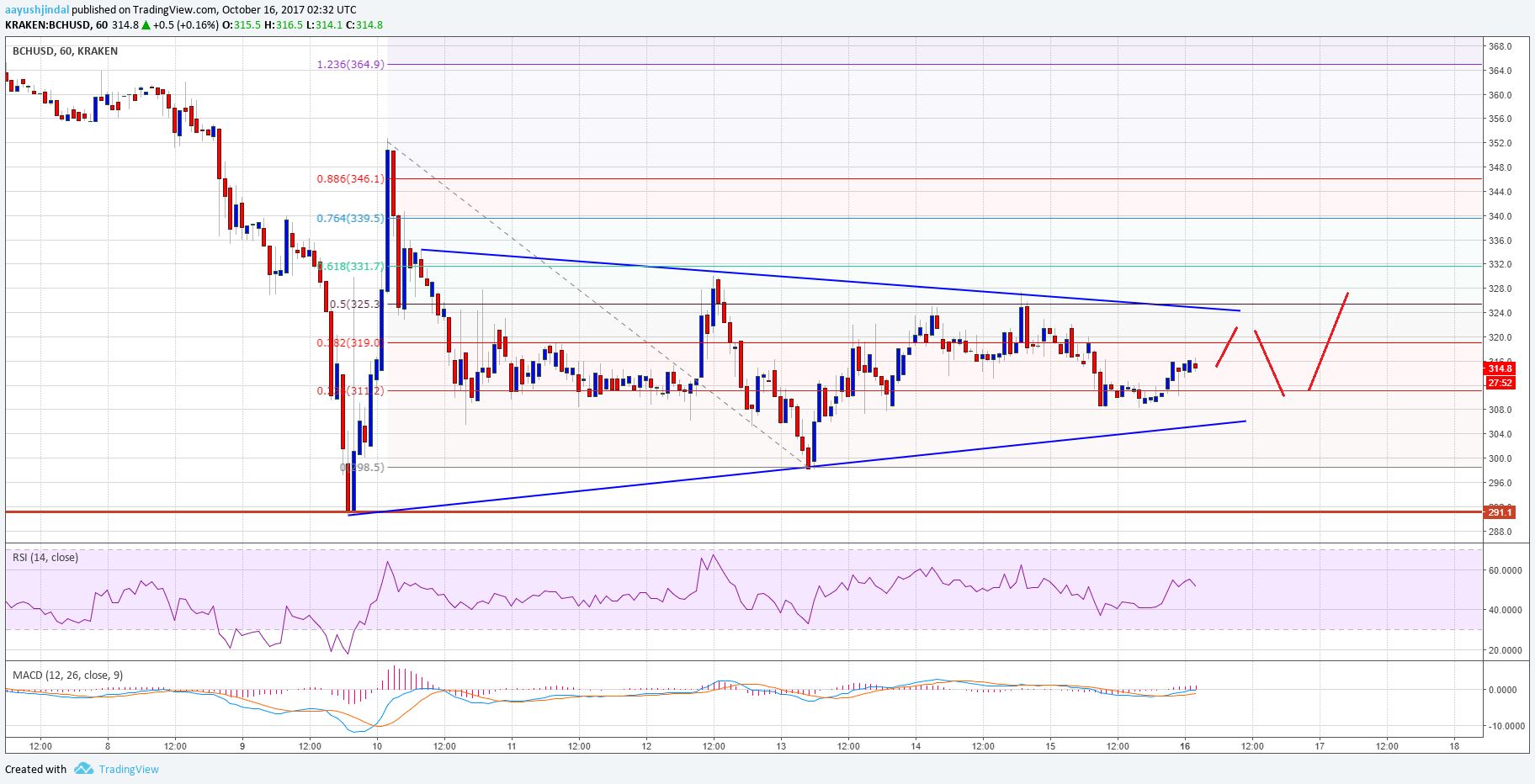 Bitcoin cash price is stable above $300 against the US Dollar. BCH/USD might trade in a range for some time before attempting an upside break.

This past week was mostly bearish for Bitcoin cash price as it moved below the $350 support against the US Dollar. There were a few attempts to break the $300 support as well. However, buyers were able to prevent a close below the $300 level and the price started trading in a range. At the moment, it seems like the price is consolidating above $300 and preparing for the next move. Hourly RSI (Relative Strength Index) – The RSI for BCH/USD is just above the 50 level.