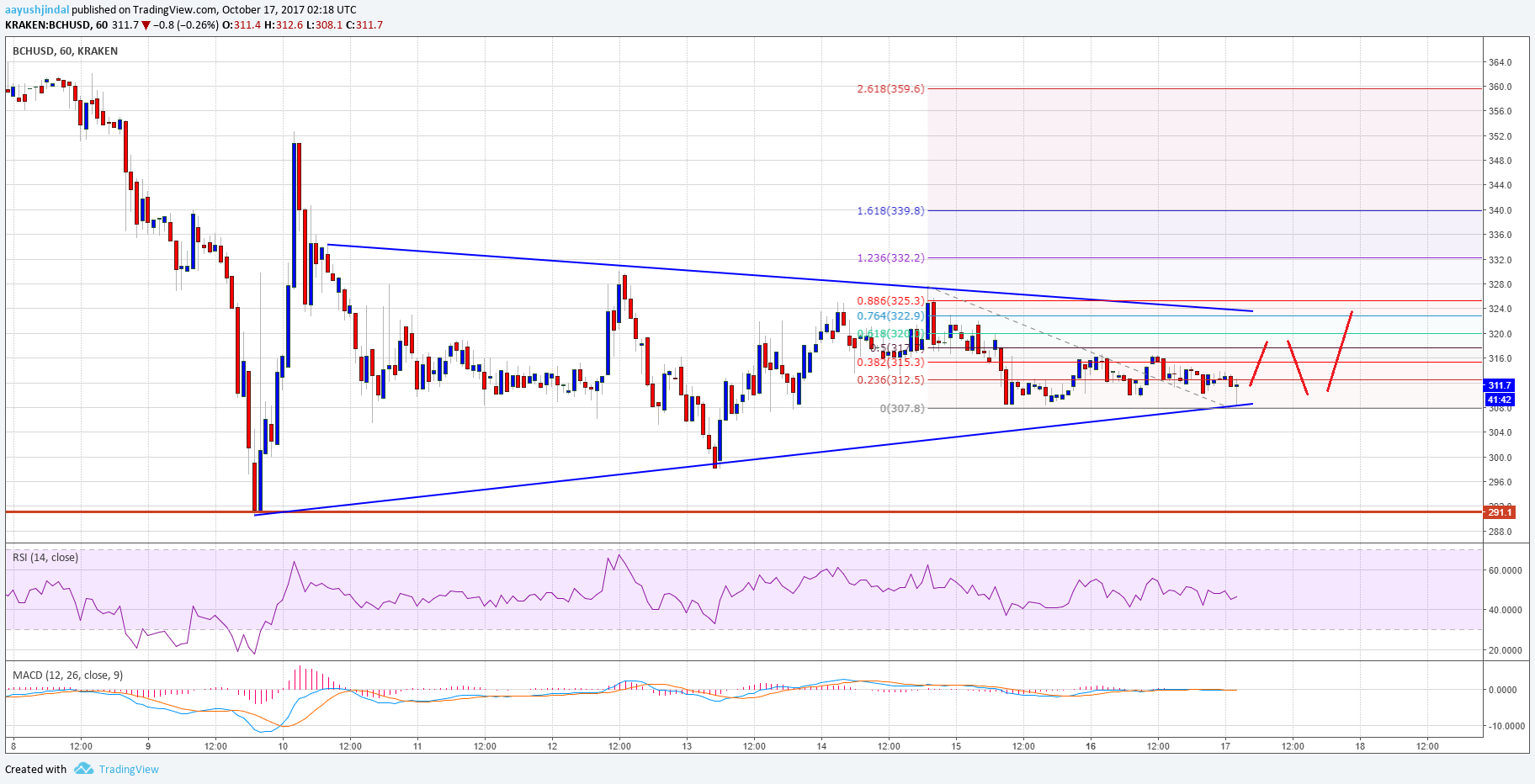 Next Article: Robert Shiller: "Bitcoin is a Fad" but "I'll take Bitcoin"

Bitcoin cash price is consolidating above $300 against the US Dollar. BCH/USD has to gain momentum above $325 to gain upward strength.

It seems like Bitcoin cash price is preparing for the next move either above $325 or below $300 against the US Dollar. The price is holding the $300 support very well and is trading in a range. There was no major move during the past 24 hours and the price remained below the $316-318 levels. More importantly, yesterday’s highlighted contracting triangle pattern with current resistance at $323 on the hourly chart of BCH/USD is intact. On the downside, the triangle support is currently at $307. Below $307, the $300 handle comes in as a major barrier for sellers in the near term.

Hourly RSI (Relative Strength Index) – The RSI for BCH/USD moving to and fro around the 50 level.