Financial Institutions See Value in Crypto, Could Be Offered Soon 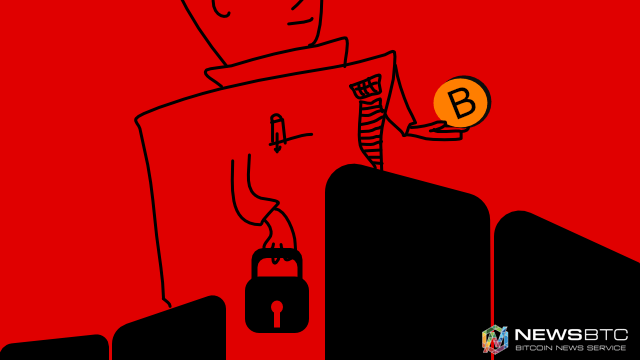 Top investment bank Goldman Sachs handed cryptocurrencies a significant boost earlier this month when it was revealed that it would consider offering Bitcoin to its clients. More big-player financial institutions are sure to follow.

On the day the news about Goldman Sachs broke, Bitcoin – the first and market-leading crypto – was valued at around $4,333 per token, though experts believe that could surpass the $6,000 mark before 2018. That would represent an incredible achievement, given recent market volatility triggered by regulatory fears and developments in the underlying technology.

On September 2, exactly a month before Goldman Sachs hinted at opening a Bitcoin deck, the total market capitalization of cryptos hit a record high of $179.8 billion, CoinMarketCap data shows. In early January that figure was $17.7bn, so there was a 1,016 percent increase in eight mega months.

The landscape is shifting almost daily, though. Following that peak, the market capitalization tumbled to $110bn later in September. However, it is bouncing back now and it would not be too fanciful to predict that it will break the $200bn barrier before the year is out.

No wonder Goldman Sachs is interested in taking the lead with cryptos. Its move comes as no shock to Charles Hayter, Founder, and CEO of CryptoCompare. “It’s not surprising that Goldman’s are taking an interest in Bitcoin,” he says. “This is the general momentum of the space as people look to get involved and if so how. People want to be in Bitcoin and Goldman Sachs sees an opportunity but they are unsure how to define it yet.”

Cryptos have dominated global headlines in 2017 and as such it is hard to believe that they didn’t exist at all less than a decade ago. The original was Bitcoin and was launched by the mysterious Satoshi Nakamoto in 2009. Even then the uptake was slow.

It wasn’t until May 22, 2010, that the first Bitcoin transaction happened. Programmer Laszlo Hanyecz paid 10,000 tokens to a fellow BitcoinTalk forum user in exchange for two pizzas. Back then they were worth roughly $25, but at the time of writing that is equal to something like $43 million.

There are now hundreds – if not thousands – of cryptos. Many of the top ones can be purchased for money on exchanges, like CoinBase or Kraken. Leading global investing and trading platform eToro, which boasts six million members, is an attractive alternative. As of September, eToro users can buy six cryptos – Bitcoin, Ethereum, Ripple, Dash, Ethereum Classic, and Litecoin – outright, and in a straightforward manner. “Crypto needn’t be cryptic” is eToro’s mantra, and as popularity continues to mushroom it is worth bearing in mind.

At the heart of cryptocurrencies lies the Blockchain technology, which many see as the most valuable innovation. It is a decentralized, secure and transparent ledger, and now some of the brightest minds in technology are trying to work out other ways it can be applied. The future looks good for both cryptos and the Blockchain.

Goldman Sachs’ heavy hint that it will soon offer Bitcoin arrived shortly after James Gorman, the CEO of Morgan Stanley, said he favored the cryptocurrency as an alternative to central banking.

Bitcoin is “more than just a fad”, Gorman said and added: “The concept of anonymous currency is a very interesting concept – interesting for the privacy protections it gives people, interesting because what it says to the central banking system about controlling that. It’s obviously highly speculative but it’s not something that’s inherently bad. It’s a natural consequence of the whole Blockchain technology.”

Now armed with the endorsement from one after another of the most venerated financial institutions in America, Bitcoin – and cryptos in general – looks destined to dominate global headlines for some while yet.

The endorsement from Goldman Sachs, Morgan Stanley, and others, is huge. Now the most venerated financial institutions in America are banking on Bitcoin – and the cryptos it has spawned – being around for some time.

Tags: bitcoincryptocurrenciesFinancial institutionsGoldman sachs
TweetShare
BitStarz Player Lands $2,459,124 Record Win! Could you be next big winner? Win up to $1,000,000 in One Spin at CryptoSlots