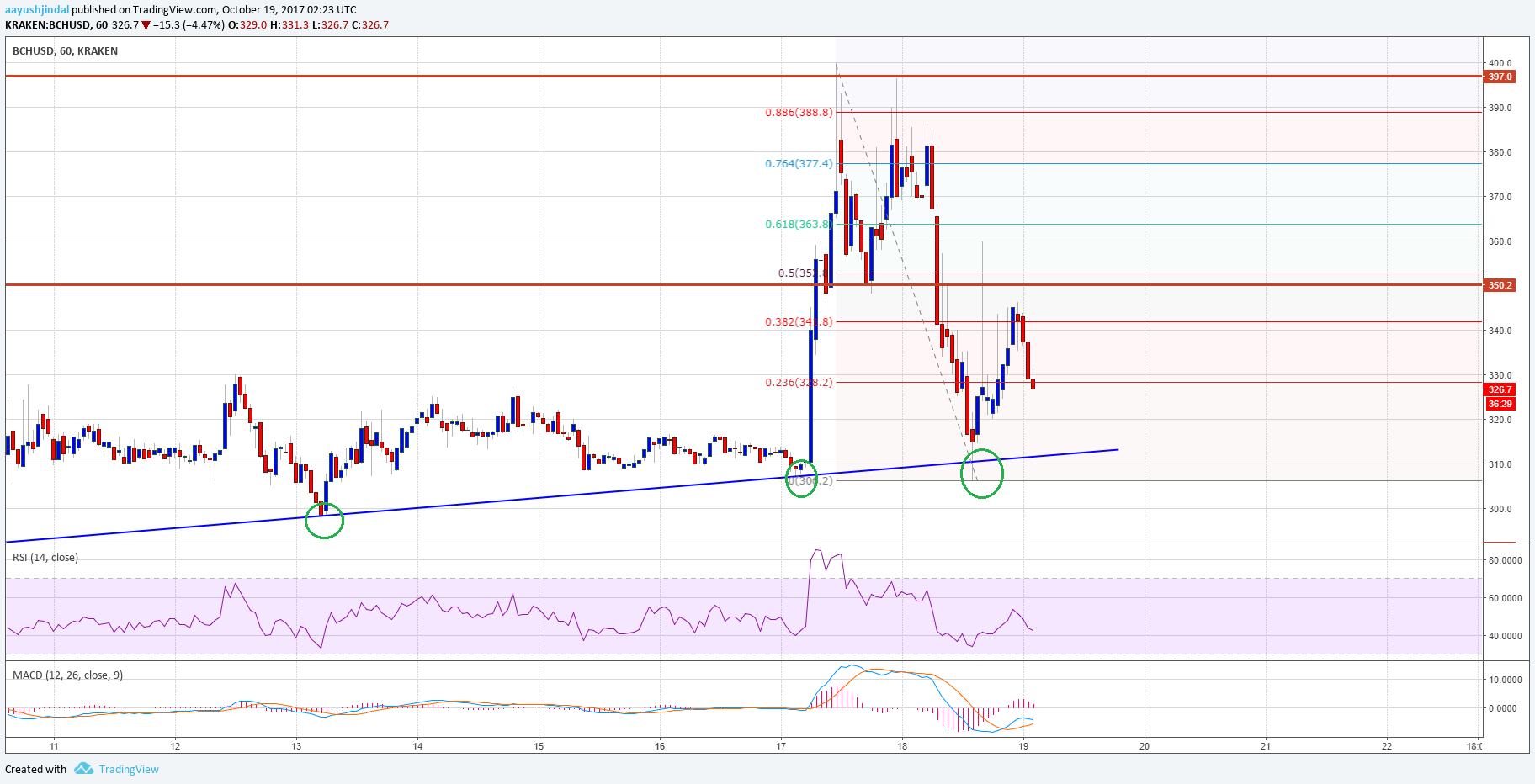 Bitcoin cash price is back below $350 against the US Dollar. BCH/USD might once again test the $310-320 support zone in the near term.

After a strong rise towards $400, Bitcoin cash price faced heavy selling pressure against the US Dollar and declined. The price traded lower and broke many supports levels including $350. There was a break and close below the 50% Fib retracement level of the last wave from the $306 low to $400 high. It opened the doors for more losses below $350. The downside move was such that the price even failed to hold the $325 support area.

It traded towards the $300 and formed a low at $306.2. It once again bounced back, but upsides were limited by the 50% Fib retracement level of the last decline from the $400 high to $306 low. The price is struggling to settle above the $350 level and remains at a risk of more losses. On the downside, there is a major bullish trend line with support at $310 forming on the hourly chart of BCH/USD. It prevented declines recently near $306 and might continue to prevent a close below $300. As long as the price is above $300, it remains supported. On the downside, the main hurdle for buyers is now at $350. In the short term, there can be ranging moves before the price makes an upside attempt above $350.