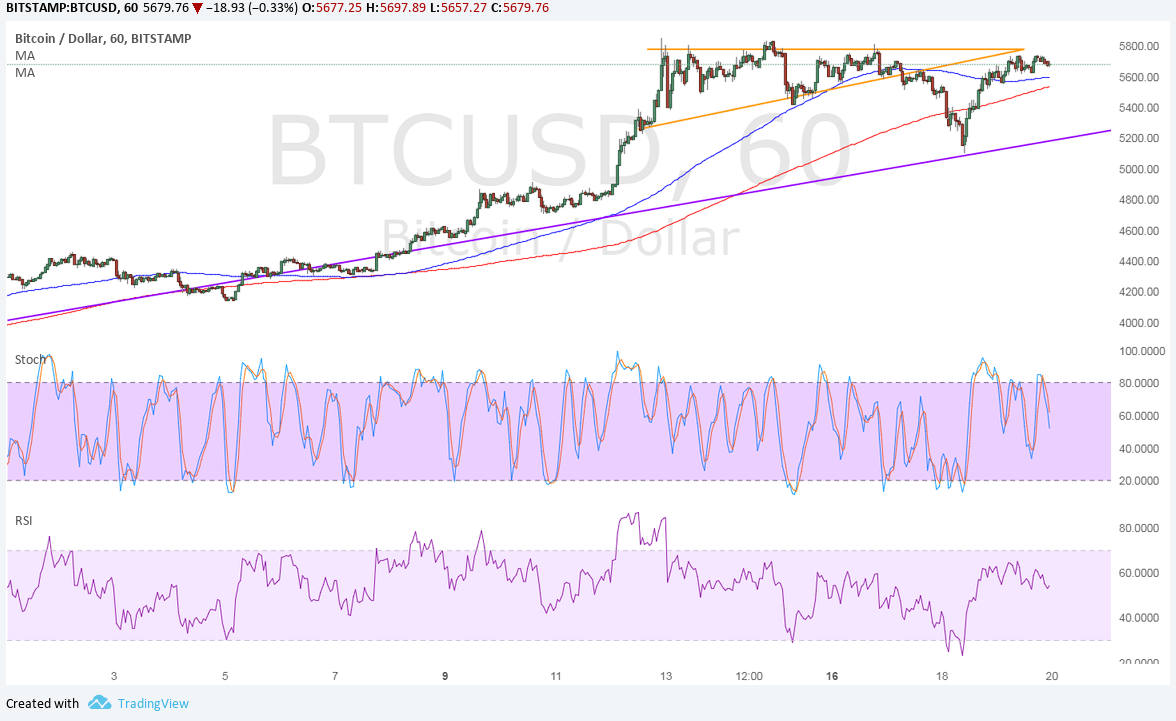 Bitcoin price regained enough bullish momentum to climb back close to its all-time highs, waiting for the next catalyst for a bounce or a break.

The 100 SMA is still above the longer-term 200 SMA after seemingly gearing up for a downward crossover earlier this week. This indicates that buyers are putting up a fight and that the path of least resistance is still to the upside or that the rally is more likely to continue than to reverse.

If the bearish pressure keeps up, price could retest support at $5200 or the rising trend line. The moving averages might also hold as near-term dynamic inflection points. Bitcoin price has recovered swiftly from the selloff that occurred on speculations that the CFTC will regulate cryptocurrencies. Traders took this as an opportunity to buy at much cheaper levels and ride the uptrend which could last way past the next network upgrade next month.

At the same time, geopolitical risk is propping bitcoin price up as uncertainties in Europe and New Zealand are front and center. In the latter, NZF decided to back the Labour party, which is seen to oppose the status quo as well. Catalonia is still at odds with the Spanish government when it comes to its independence while the Austrian polls have also reflected leaning to the far-right.

As for the dollar, uncertainty about the next Fed Chairperson is also limiting gains. Trump is said to be inclined towards appointing Powell, who is one of the more dovish candidates.