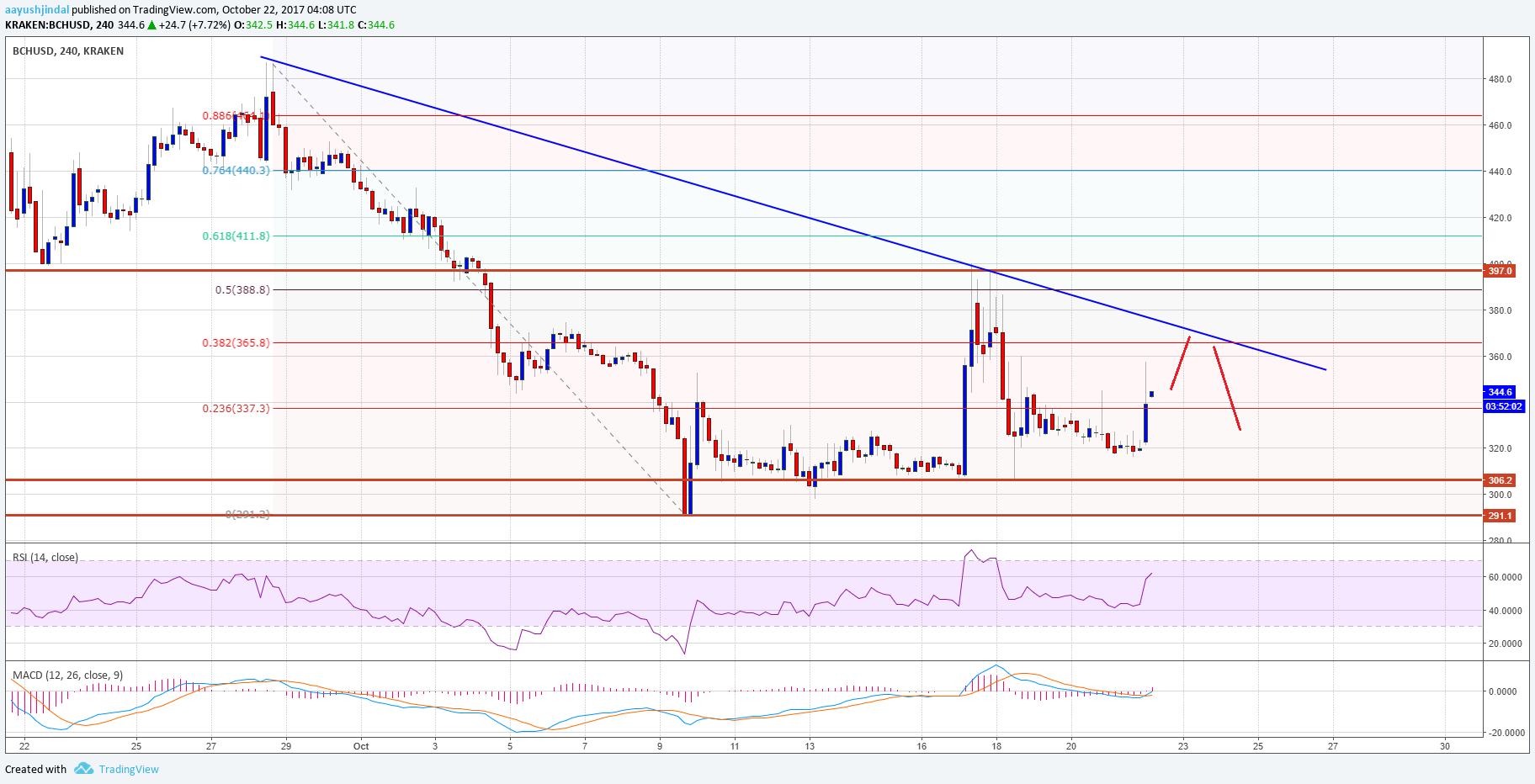 Bitcoin cash price is maintaining a neutral bias above $300 against the US Dollar. BCH/USD has to break the $350-370 resistance to trade past $400.

There were mainly ranging moves in Bitcoin cash price this past week above $300 against the US Dollar. The main point is the fact that the price was able to hold the $300 support very well and remained well bid. There was even an attempt to gain momentum above $400, but the mentioned level acted as a major hurdle. Actually, the 50% Fib retracement level of the last decline from the $485 high to $291 low prevented further gains.

Moreover, a crucial bearish trend line with current resistance at $365 on the 4-hours chart of BCH/USD also acted as a hurdle for buyers. At the moment, the price is again moving higher and approaching the 38.2% Fib retracement level of the last decline from the $485 high to $291 low. A break above the trend line resistance at $365 is needed for buyers to challenge the $400 level one more time. Once there is a close above the $400 level, the price would easily challenge the $500 handle. On the downside, the $300 support holds the key for major upsides in the near term. As long as the price is above $300, it remains neutral to bullish.

4-hours MACD – The MACD for BCH/USD is about to move into the bullish zone.