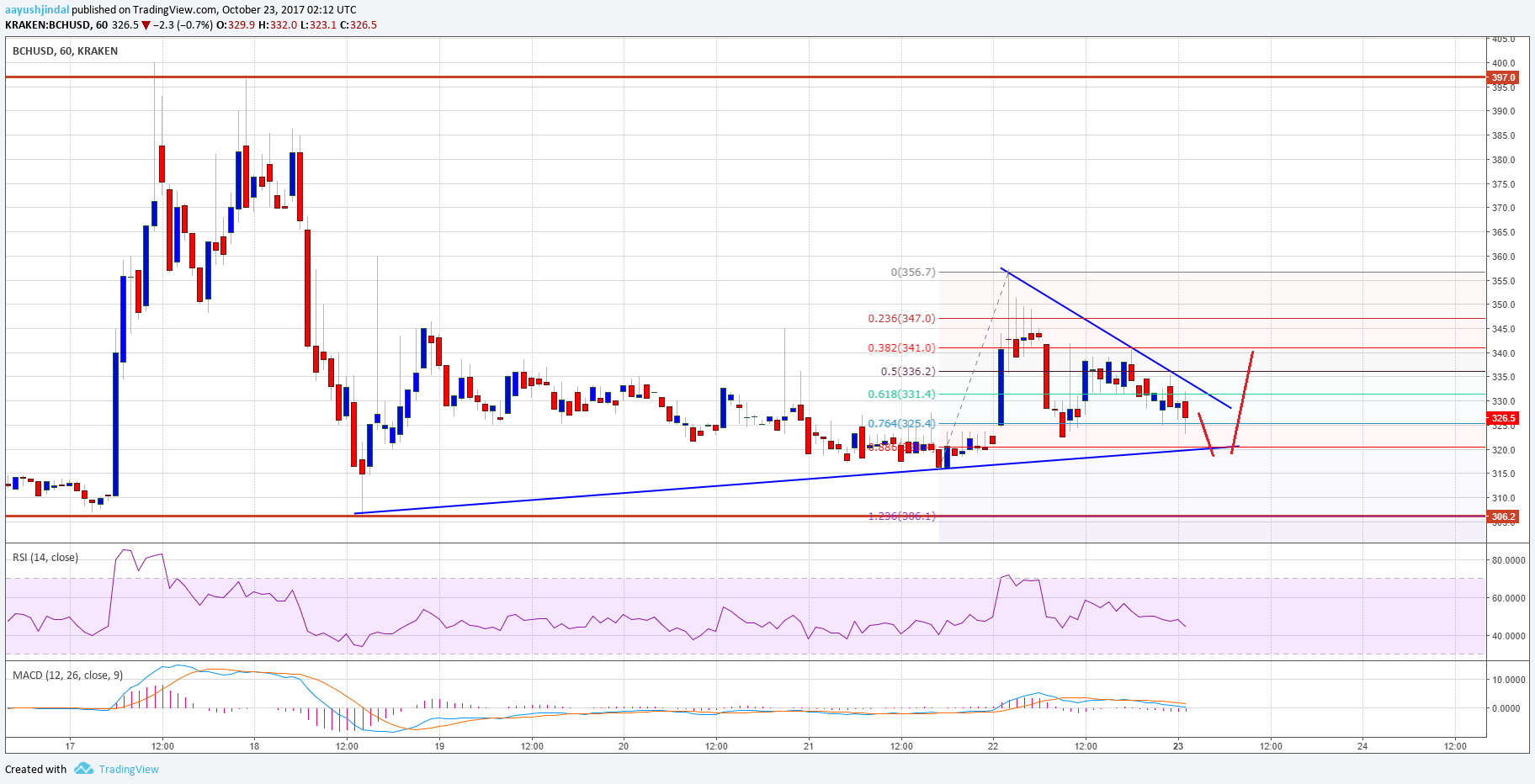 Bitcoin cash price is struggling to gain traction against the US Dollar. BCH/USD has to surpass $330 and $350 to overcome selling pressure in the short term.

There were a few swing moves in Bitcoin cash price, but it failed to settle above $350-355 against the US Dollar. The price started a downside move from the $356.7 swing high and moved below the 50% Fib retracement level of the last wave from the $310 low to $356 high. There was no close above the $350 level, which resulted in a sharp decline.

The downside move was such that the price even failed to hold the $330 support. The mentioned $330 level would now act as a resistance. At present, the price is trading near the 76.4% Fib retracement level of the last wave from the $310 low to $356 high. There is a chance of a downside move towards $320-310 to fill buy orders before the price resumes its upside move. On the upside, there is a short-term bearish trend line forming with resistance near $330 on the hourly chart of BCH/USD. A break and close above the $330 level is required for buyers to gain traction in the near term. Once there is a close above $330, the price could easily retest the $350-355 resistance.