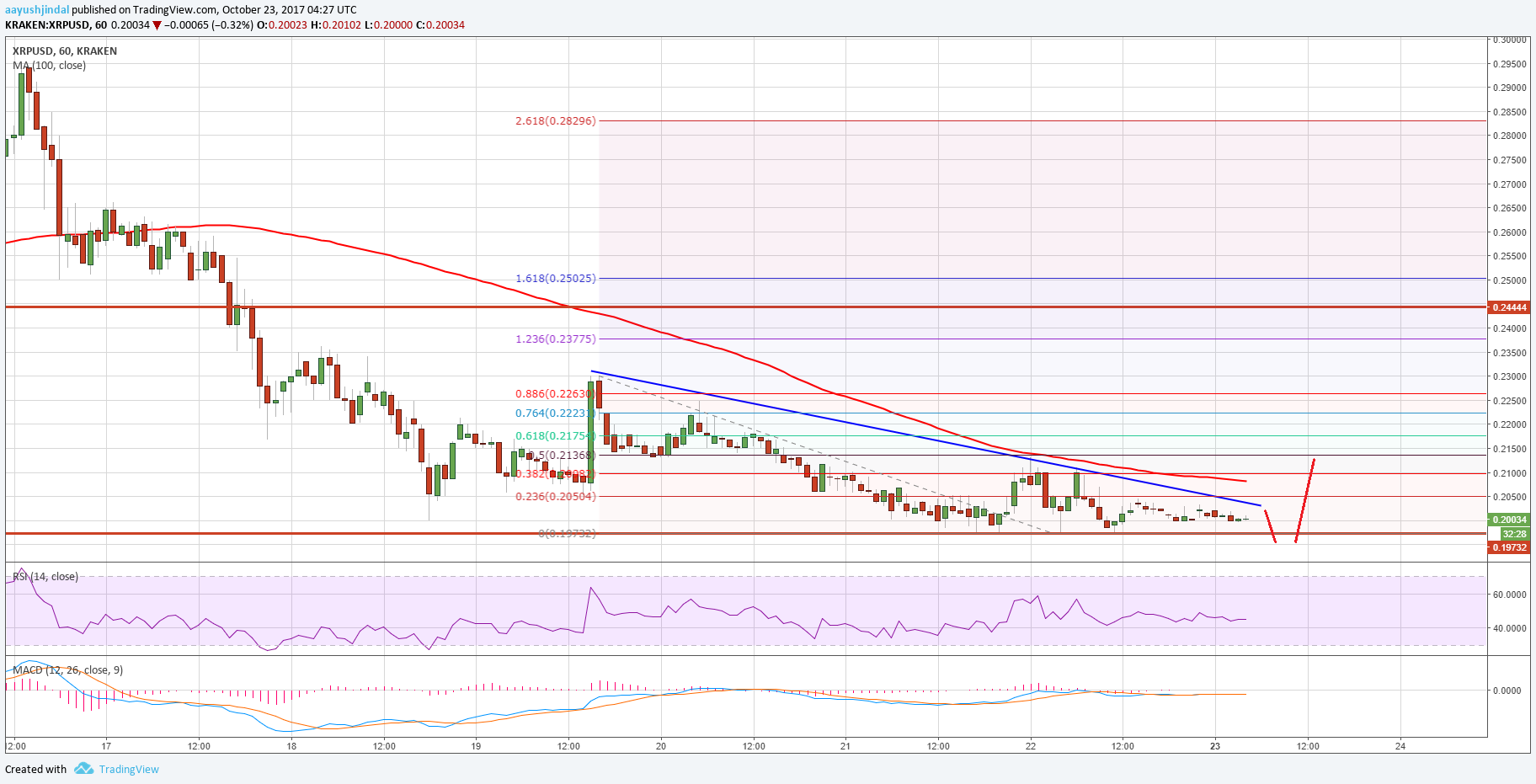 Ripple price is struggling to hold on to gains against the US Dollar and Bitcoin. XRP/USD is currently trading near a major support around $0.2000.

This past week was a roller coaster ride for Ripple price since it surged higher, failed near $0.3000 and moved down sharply against the US Dollar. The price was down by more than 20% and traded below the $0.2400 support area. The downside move was such that the price even traded once below $0.2000 and settled below the 100 hourly simple moving average.