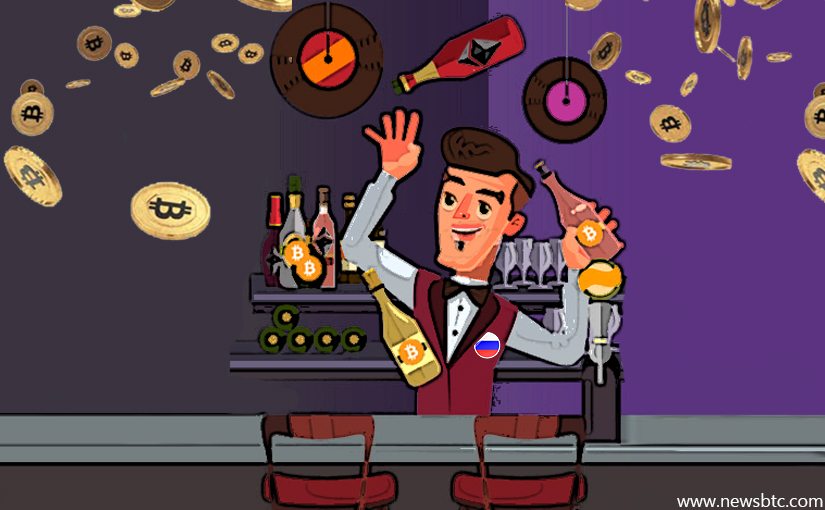 A lot of people around the world have become familiar with Bitcoin and Ethereum. Although not everyone can properly explain either concept, the demand is certainly there. One Russian entrepreneur is trying to ride the coattails of this success through a new vodka brand. More specifically, Dmitry Troitsky wants to file for trademark patents for this vodka line of products.

While it is commendable to make names of popular cryptocurrencies more mainstream, the approach leaves to be desired. Naming a new line of vodka after popular cryptocurrencies is an interesting idea. Especially when considering how the names are Bitcoin, Ethereum, and Ethereum Classic. These are some very interesting choices, to say the very least. Dmitry Troitsky has filed patent applications for all three names applied to his future products.

Whether or not the patents will be granted, is something else entirely. Using existing names of cryptocurrencies may prove to be quite a hindrance in this regard. Then again, if the names can be associated with popular alcoholic beverages, the consequences can be rather positive as well. Right now, most people don’t associate “fun” with Bitcoin or Ethereum. It won’t be easy to change that, but one never knows what the future may bring.

Using the actual names will be somewhat controversial, though. Any patent filing associated with a cryptocurrency name will be subject to controversy. It remains to be seen how this Russian venture will play out, to say the least. After all, the country doesn’t have the best of reputations when it comes to cryptocurrency these days. It is doubtful we will see a CryptoRuble vodka soon, though.

Moreover, there is the question as to how people can purchase this vodka in the future. Associating the product with the cryptocurrency name doesn’t mean the items can be paid for with Bitcoin or Ethereum. It would make a lot of sense if that was a possibility, though.Then again, given Russia’s uneasy stance on cryptocurrencies, doing so may prove to be more problematic than convenient, for obvious reasons. An interesting future lies ahead in the vodka industry, by the look of things.

Tags: bitcoinBitcoin NewsethereumpatentsVodka
TweetShare
BitStarz Player Lands $2,459,124 Record Win! Could you be next big winner? Win up to $1,000,000 in One Spin at CryptoSlots