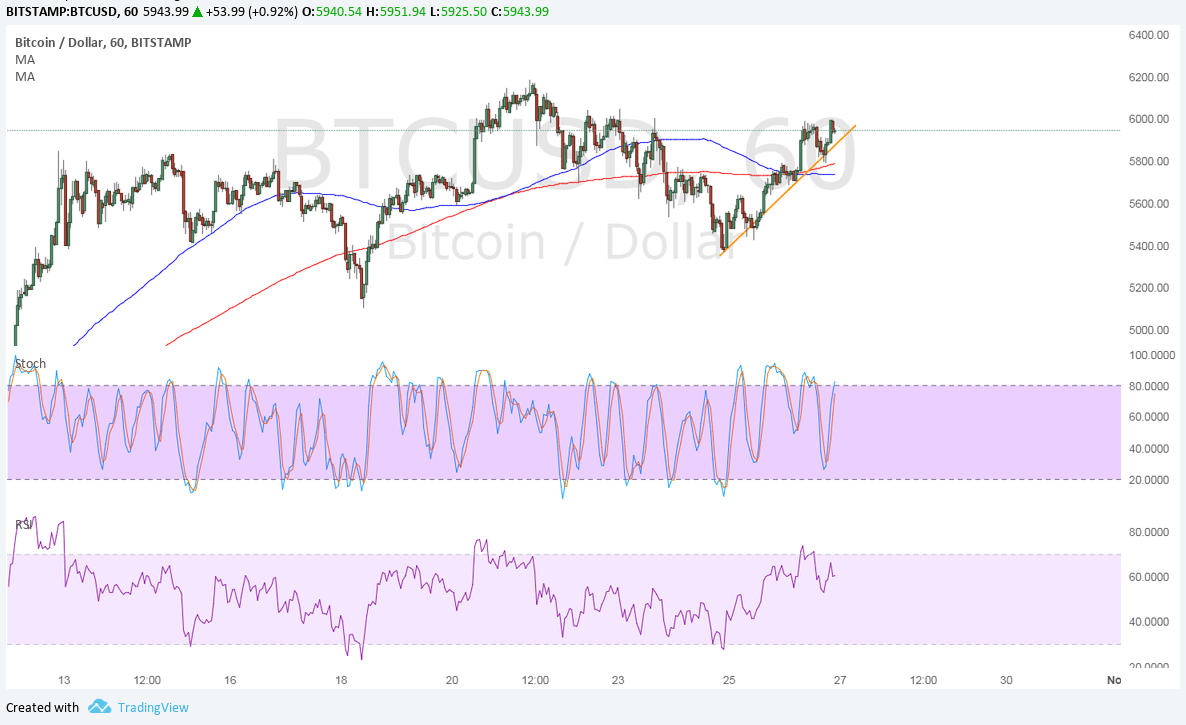 Bitcoin price is trying to keep up its rally, but there are signs of bullish exhaustion and a potential reversal pattern.

The 100 SMA has crossed below the longer-term 200 SMA on the 1-hour time frame to suggest that the path of least resistance is to the downside. This signals that bitcoin price could have a tough time testing or breaking past the record highs from here.

Stochastic is heading north so bulls could still have a fighting chance, but this oscillator is approaching overbought levels to indicate a potential turnaround. RSI is already heading south to show that sellers are regaining the upper hand. Bitcoin is nearing its network upgrade which could draw more support for the core version as it becomes capable of handling more transactions than before. If rival versions are smoked out like before, bitcoin price could exhibit the same behavior as in the August hard fork.

However, bitcoin price could also be sensitive to dollar moves from here as the Trump administration is taking strides in tax reform. A budget resolution passed by the House could allow a tax bill to make it past Senate without needing to secure supermajority. Apart from that, the upcoming advance GDP reading could spur additional volatility, along with Trump’s Fed Chairperson announcement which might happen anytime soon.