Latest Dash Conference in Venezuela Draws Quite the Crowd 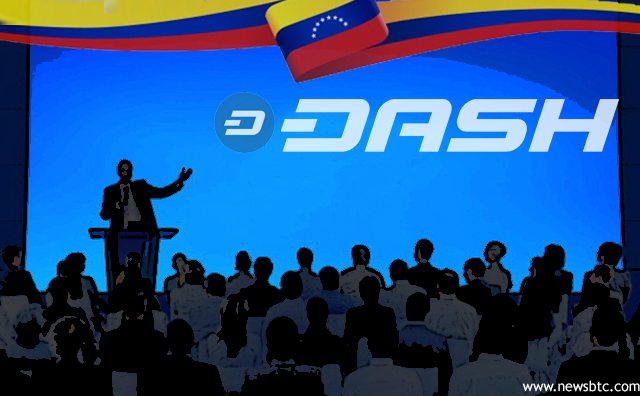 Educating the masses on cryptocurrencies is not an easy feat by any means. The dash team has been targeting Venezuela as a main region over these past few weeks. Slowly but surely, the local populace is showing an increased appreciation for these efforts. The latest conference attracted over 350 individuals. Not a bad number, considering there are quite a few of these events in quick succession right now.

It is always good to see more cryptocurrency-related conferences all over the world. Instead of focusing just on Bitcoin and blockchain, altcoins are making their presence felt as well. More specifically, Dash is hosting quite a few conferences as we speak. A lot of these efforts take place in Venezuela right now. The country has to deal with major financial issues on a regular basis. Solving that problem is not easy by any means, though.

Cryptocurrencies stand to make a big impact in the country. Whether or not that is even possible, remains to be seen. Bitcoin has become rather popular in the country as of late. Altcoins such as Dash also stand to grow quite a lot given enough time. There is a lot of education to be done in this regard, though. More specifically a lot of people don’t even know what Bitcoin is, let alone Dash. Until they become aware, no currency will gain any significant traction.

The latest Dash conference in Venezuela made somewhat of a positive impact. Over 350 people in attendance is a more than solid number, mind you. It is not necessarily the biggest crowd, but more than sufficient to get the ball rolling. A lot of preparation and logistics are required to make these smaller conferences a success. Social media in Venezuela is clearly in favor of Dash as well right now. This wave of momentum can elevate the popular altcoin to a whole new level in the future.

Keep in mind there will be even more of these conferences in the future. It is expected they will all draw much higher attendance figures moving forward. Dash is gaining momentum in Venezuela as we speak. It is an interesting development few people thought even possible not too long ago. Local businesses are slowly starting to appreciate what Dash has to offer as well. That in itself is pretty surprising, to say the very least. A bright future lies ahead for Dash in this country, assuming the momentum can be maintained.

Tags: ConferencesDashVenezuela
TweetShare
BitStarz Player Lands $2,459,124 Record Win! Could you be next big winner? Win up to $1,000,000 in One Spin at CryptoSlots