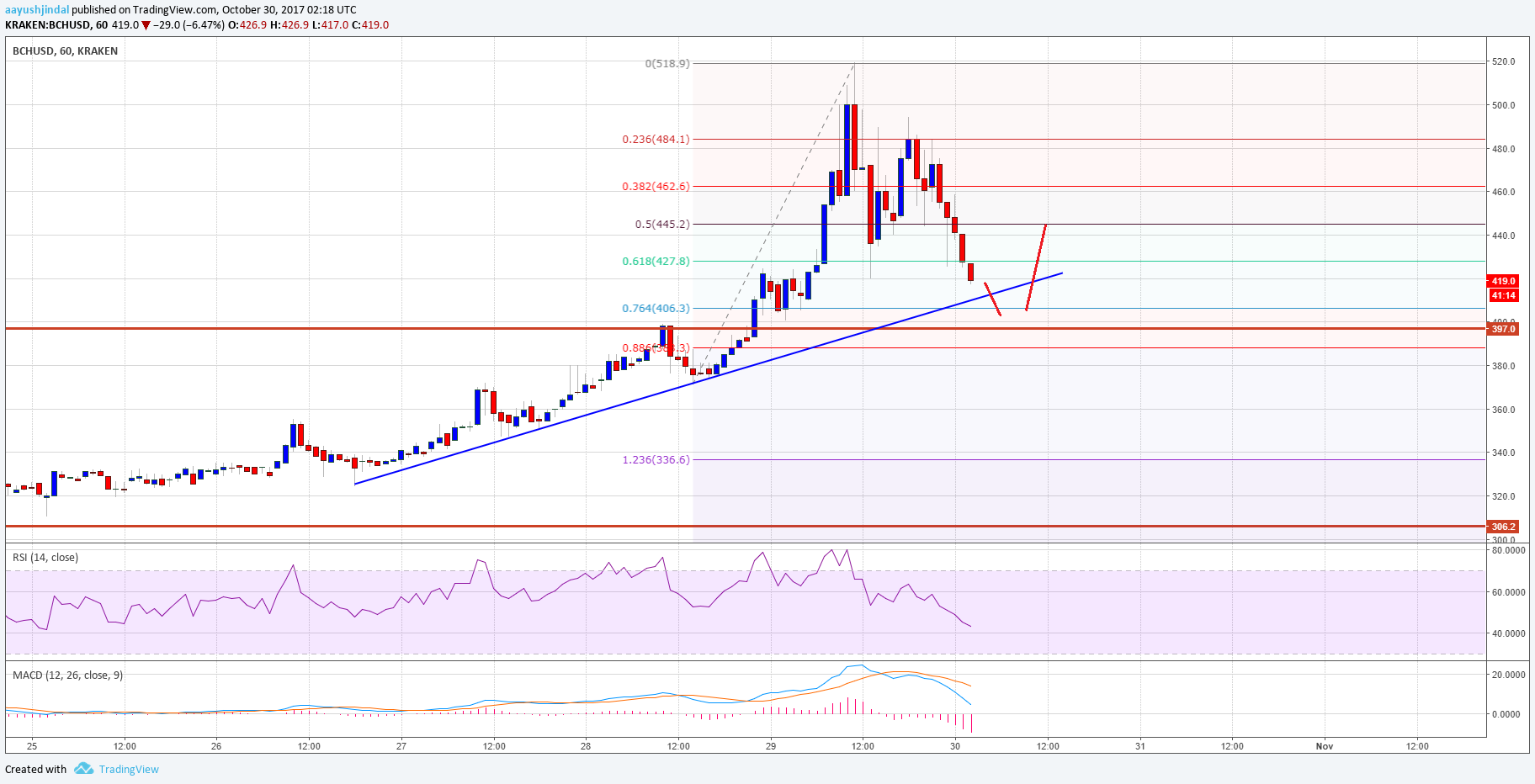 Bitcoin cash price is currently correcting lower from $518 against the US Dollar. BCH/USD might find support near $400 for the next move.

Finally, there was a major upside break in Bitcoin cash price above $350 against the US Dollar. The price rocketed higher and broke many resistance levels such as $350, $400 and $450. There was even a break above the $500 handle and the price traded as high as $518.9. Later, sellers appeared and the price started a downside correction. It moved down and traded below the $450 level and the 50% Fib retracement level of the last wave from the $375 low to $518 high.

However, the price is approaching a major support area near $400, which was a resistance earlier. There is also a bullish trend line forming with support at $405 on the hourly chart of BCH/USD. Moreover, the 76.4% Fib retracement level of the last wave from the $375 low to $518 high is also close to $405. Therefore, the $405-400 levels are likely to act as a strong support for buyers in the near term. On the upside, an initial resistance is again $450. A break above it could push the pair back towards $500. Overall, the pair remains buy on dips near $400 as long as there is no close below $375.

Hourly RSI (Relative Strength Index) – The RSI for BCH/USD has moved down sharply and is currently below the 50 level.