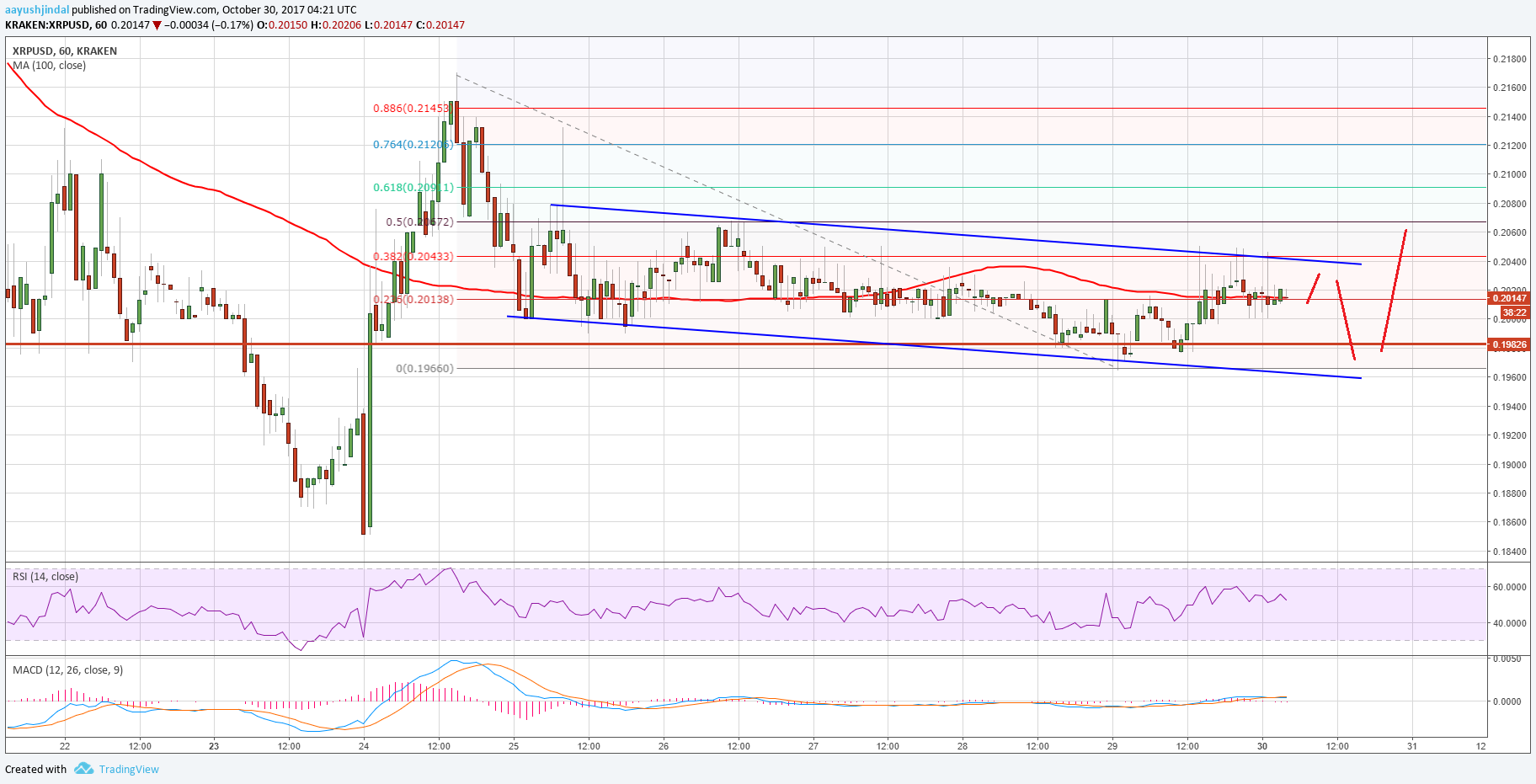 Ripple price is trading in a range against the US Dollar and Bitcoin. XRP/USD needs a close above $0.2050 to gain upside momentum. At present, the pair is flirting with the 100 hourly simple moving average at $0.2010 and is showing no major bullish signs. There is a chance of XRP declining back towards $0.1960 to fill buy orders before attempting an upside break.

Hourly MACD – The MACD for XRP/USD is mostly flat with no major bullish signs.