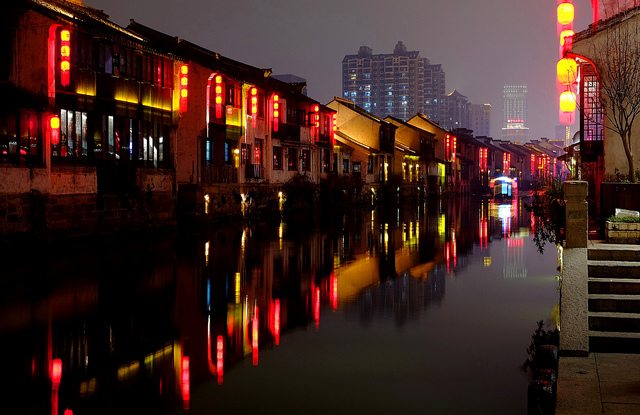 BTC Price Has Remained Above $7,300 Without China, What Happens Next?

Over the past two weeks, the bitcoin price has demonstrated a meteoric rise in value, increasing from $5,400 to $7,300, without the existence of a major market in China.

In September, the Chinese government and its central bank the People’s Bank of China (PBoC) cracked down on cryptocurrency trading, requesting leading bitcoin exchanges such as OKCoin, Huobi, and BTCC to shut down temporarily and halt their services. Consequently, the three companies along with other minor cryptocurrency companies relocated to Hong Kong.

CnLedger, a trusted cryptocurrency news source in China, revealed that many of the Chinese cryptocurrency trading platforms like OKCoin and Huobi plan to launch over-the-counter (OTC) exchanges in Hong Kong to allow investors to trade bitcoin with the Chinese yuan, Hong Kong dollar, and other currencies.

Panos Mourdoukoutas, Professor at LIU Post in New York and Columbia University, noted that in the past month, bitcoin has demonstrated its resilience towards global markets instability and towards the Chinese market. More importantly, Mourdoukoutas emphasized that bitcoin has shown it can survive without China, which used to be a major bitcoin market prior to the cryptocurrency trading ban.

“Apparently, Bitcoin can survive and thrive without China, provided there are developments that keep the confidence and hype for the digital currency alive, and and provided that money remains cheap,” wrote Mourdoukoutas.

Evidently, bitcoin has survived through the abrupt ban on cryptocurrency trading by the Chinese government, achieving new all-time highs and breaking through the $7,000 region.

But, in the past few weeks, rumours around the possibility of the Chinese government resuming cryptocurrency trading have resurfaced, as the re-election of Chinese President Xi Jinping nears. Almost immediately after the cryptocurrency trading ban by China, several researchers including Jon Creasy explained that the Chinese government likely established a temporary ban on bitcoin trading to appeal to the communist party.

“President Xi Jinping is preparing for his October 18th reelection, and wants to appeal to his Communist voting bloc. My prediction is this: as soon as President Xi Jinping is reelected — and he will be — conservative, free(er)-trade legislation will be put in place, and Bitcoin exchanges will be reinstated. In fact, I wouldn’t be surprised to see the Chinese government encouraging certain exchanges and cryptocurrencies, once this legislation hits,” said Creasy.

China’s Impact on the Mid-Term Price Trend of Bitcoin

China is no longer able to negatively affect the price of bitcoin, as shown in the cryptocurrency trading ban in September. But, the resumption of cryptocurrency trading by the Chinese government could lead bitcoin price to new highs, as China was still a major market with around 10 percent of the global bitcoin exchange market share prior to the ban.

If China resumes cryptocurrency trading by early 2018 as analysts like Creasy suggest, the price of bitcoin could potentially surge towards the interim target of experts such as Keiser, at $10,000.

BTC Price Has Remained Above $7,300 Without China, What Happens Next? was last modified: April 1st, 2018 by Joseph Young

Read More
Tags:analysisbitcoinchinaetfexchangeinvestmentpricetrading BitStarz Player Lands $2,459,124 Record Win! Could you be next big winner?
Next Post